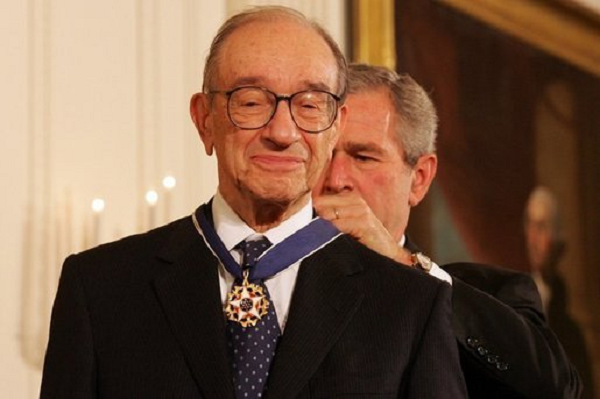 The usury-based U.S economy is approaching unchartered territory when it will soon be paying more on interest payments to jewish private banks than for its entire military budget:

The federal government could soon pay more in interest on its debt than it spends on the military, Medicaid or children’s programs.

The run-up in borrowing costs is a one-two punch brought on by the need to finance a fast-growing budget deficit, worsened by tax cuts and steadily rising interest rates that will make the debt more expensive.

With less money coming in and more going toward interest, political leaders will find it harder to address pressing needs like fixing crumbling roads and bridges or to make emergency moves like pulling the economy out of future recessions.

Within a decade, more than $900 billion in interest payments will be due annually, easily outpacing spending on myriad other programs. Already the fastest-growing major government expense, the cost of interest is on track to hit $390 billion next year, nearly 50 percent more than in 2017, according to the Congressional Budget Office.

“It’s very much something to worry about,” said C. Eugene Steuerle, a fellow at the Urban Institute and a co-founder of the Urban-Brookings Tax Policy Center in Washington. “Everything else is getting squeezed.”

Gradually rising interest rates would have made borrowing more expensive even without additional debt. But the tax cuts passed late last year have created a deeper hole, with the deficit increasing faster than expected. A budget bill approved in February that raised spending by $300 billion over two years will add to the financial pressure…

Until recently, ultra-low interest rates, set by the Federal Reserve to support the economy, allowed lawmakers to borrow without fretting too much about the cost of that debt.

But as the economy has strengthened, the Fed has gradually raised rates, starting in December 2015. The central bank is expected to push rates up again on Wednesday, and more increases are in store.

“When rates went down to record lows, it allowed the government to take on more debt without paying more interest,” Mr. Goldwein said. “That party is ending.”

Of course, all of this debt is completely unnecessary — and unconstitutional, but no U.S. politician, aside from Ron Paul, will publicly challenge the validity of our usury-based Federal Reserve banking ponzi scheme.

There is no rational reason why the U.S. should be paying compound interest to private Jewish bankers to issue its own money to pay its bills.

When Dante wrote “The Inferno,” he reserved the same ring of hell for usurers and homosexuals, putting them both on the same immoral footing.

There is no end to compound interest — it expands exponentially with the goal being that the Jewish bankers own everything that can be collateralized, which includes everything the government — and the people — own.

With the mere stroke of a pen, this ususry-based system could be ended, but any U.S. President who values his life will never dare challenge the Jews on this issue.