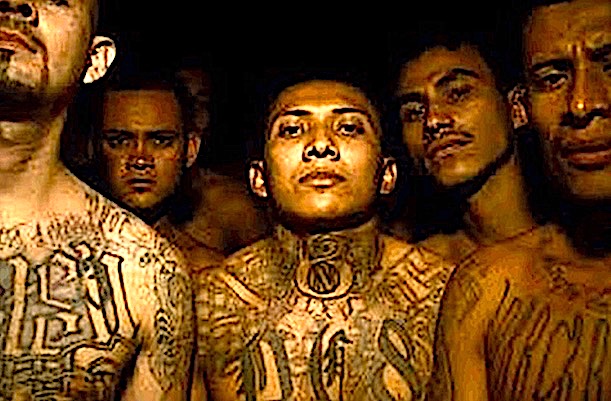 Laura Gomez, a Mex-American affirmative action ‘professor of law’ at UCLA, is jumping on the bandwagon with Jews and Blacks by demanding ‘reparations’ from White people for past acts of “racism” against Latinos:

A book titled, Inventing Latinos: A New Story of American Racism, written by University of California Los Angeles School of Law professor, Laura Gomez, is advocating for the United States to provide reparations for the Latino community.

According to Gomez’s website, the main theme of the book, as described from an excerpt from the introduction, is “the how and why of Latinx identity becoming a distinctive racial identity.” Furthermore, it says, “this book explains how and why Latinos became cognizable as a racial group— a racial group that is Other and inferior to Whites.”

In an interview with UCLA, Gomez was asked several questions about the book…

“Thankfully, we’re talking a lot more about reparations to African Americans. I think that’s a long-overdue conversation. How do we repair the damage that racism has done?” she said, adding that “because of the way that American military, government, and corporations infiltrated Central America and destroyed the indigenous way of life, and slaughtered so many people,” “people in Central America should get asylum here, like we had asylum for the Vietnamese, for Cubans. We must allow those folks in.”

Gomez stated that another way to provide reparations would be to provide amnesty to illegal immigrants living in the United States.

“Another is amnesty, a pathway to citizenship for undocumented persons who are here, have not committed violent crimes, and can prove that they’ve been here for a certain amount of time,” she said. “Again, we’re looking at a different story of anti-Latino racism. And so what does that suggest in terms of what we might do as a society to make amends, repair the relationship, and bring people into the fold as full-fledged Americans.”

…Brigham Young University professor James-David Gonzalez wrote that “Gómez also reveals the nefarious roles the United States has played in Latin America—from military interventions and economic exploitation to political interference—that, taken together, have destabilized national economies to send migrants northward over the course of more than a century.”

“It’s no coincidence that the vast majority of Latinos migrate from the places most impacted by this nation’s dirty deeds, leading Gómez to a bold call for reparations,” he added.

UC-Berkeley law professor Ian Haney Lopez said that “Laura Gómez puts racism, colonialism, white dominance, and community resistance exactly where they should be: at the heart of the conversations about Latinos today, and the nature of race in the United States tomorrow,” according to Gomez’s website…

The greatest exploiters of people in Latin America have been their own brutal military dictators, not White Americans — but they now even blame those dictatorships on America.

And before the White man ever showed up in Latin America, they were dominated by brutal Aztec, Mayan and Inca “kings” who were about as blood-thirsty and savage as any people the world has ever known.

And those evil White “colonialists” demanded they stop sacrificing virgins and children to their “gods” so that the sun would rise the next morning.

The solution, of course, is to flood the U.S. with low IQ, low-skilled Latinos and turn the U.S. into the same kind of ‘hell hole’ from which they are allegedly trying to escape.

The proper punishment of Whites for treating Latinos as ‘inferior’ is to reduce America to a Third World nation.

No White nation has ever been improved by Third World immigration — but you will never find a Latino who would ever admit that about their own people.

If Latinos were equally capable as Whites, their countries would be as economically prosperous as White nations, and they wouldn’t be demanding to be allowed to emigrate here.

By merely demanding they be treated as equals without the ability to prove their innate equality in their own lands, Latinos and all other non-White racial groups tacitly demonstrate their ‘inferiority’ — and no amount of ‘reparations’ or redistribution of White wealth will ever make the races “equal”.