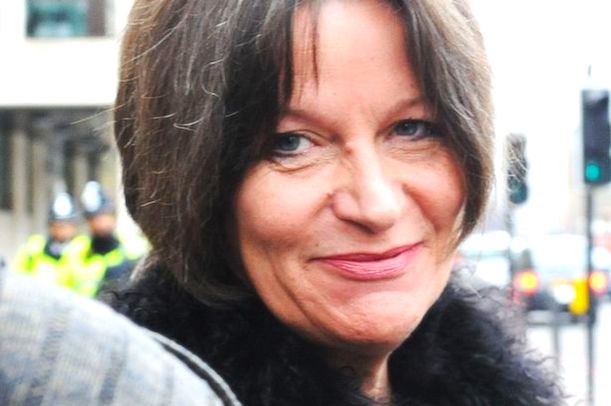 Alison Chabloz, a singer, blogger, comedienne, and Holocaust ‘denier’ who was convicted of broadcasting “grossly offensive” songs about Jews, has been jailed after allegedly violating terms of her 2018 suspended sentence by posting on her personal blog:

Chabloz, from Charlesworth in Derbyshire, was convicted last year for writing, performing and publishing songs which mocked Jews and the Holocaust.

The charges related to songs titled Nemo’s Antisemitic Universe, I Like It How It Is, performed at the right-wing London Forum in 2016, and a third, titled (((survivors))).

In the latter, Chabloz mocked Jewish figures, including Nobel Peace Prize winner Elie Wiesel, as well as Anne and Otto Frank, to the tune of Hava Nagila.

She was sentenced to 20 weeks’ imprisonment, which was suspended for two years, and ordered to abstain from posting on social media for 12 months.

On Monday, Chesterfield Magistrates’ Court heard the singer breached the order by publishing material to her blog – against the advice of probation officers.

Chabloz, represented by Adrian Davies, admitted to posting on the website “at least 50 times”, although she asserted her belief that her blog did not count as social media, the Daily Mail reports.

She was reportedly accompanied by her parents and a number of far-right sympathisers.

Mr Davies told reporters that he would appeal the decision.

The Campaign Against Antisemitism, which commenced a private prosecution of Chabloz over her songs that the Crown Prosecution Service later took up, said the case about her blog was raised by its lawyers with the National Probation Service.

CAA’s Stephen Silverman said: “We are delighted that justice has taken its proper course.

“The trial follows contact between Campaign Against Antisemitism’s lawyers and the National Probation Service, and we are grateful for their cooperation.

“We hope that this sentence will send a message that antisemitism is unacceptable and that the courts will not hesitate to use the powers at their disposal to bring offenders to justice.”

Apparently, in the mind of a Jew, merely questioning the veracity of a certain allegedly “historical” event is a punishable form of “hate”.  You are free to question whether or not 6 million ethnic Germans were killed in World War II, but if you apply the same standard to the “official” death toll of Jews in the same war, you are a “hater” who “deserves” to be made an “example of” and thrown in jail.

But no, instead of being “delighted” to find out the world isn’t such a bad, evil place, the Jews cry bloody murder and literally hate you for not going along with their Grimms fairy tale.  It should make you wonder what they are hiding.

Jewish-owned YouTube has censored Alison Chaboz’s comedy skits, but you can still enjoy them on Bitchute: