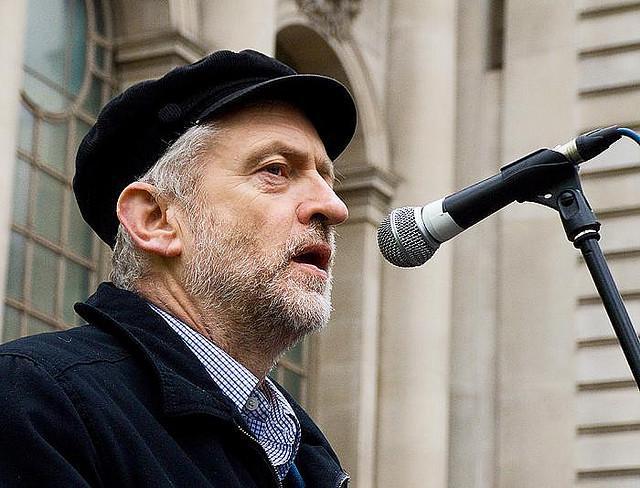 Labour leader Jeremy Corbyn wants school children in the UK to be educated about slavery, colonialism and the British Empire – suggesting schools need to put greater emphasis on the “immense contribution” black Britons have made.

Corbyn made the comments while on a visit to Bristol, a city whose wealth was built on the slave trade, to announce plans for an Emancipation Educational Trust. The trust, according to Corbyn, would educate future generations about the impact of slavery.

The Labour leader, on announcement of his party’s plans, called for a reevaluation of how the UK educates the nation about black history, claiming it was not enough to simply mark it in a single month each year.

READ MORE: Slave owner compensation was still being paid off by British taxpayers in 2015

“Black history is British history, and it should not be confined to a single month each year. It is vital that future generations understand the role that black Britons have played in our country’s history and the struggle for racial equality,” Corbyn said.

The announcement has provoked debate about the British Empire and its relationship with slavery. Some accused Corbyn of being anti-British, while other social media users appeared to agree, that this kind of intervention was long overdue.

Under Labour’s plans, the new educational trust would “tell the story of how slavery interrupted a rich African and black history” through the study of pre-colonial periods and visits to historic sites.

Corbyn insists it has never been a more important time for the UK to learn about the “legacy of the British Empire, colonisation and slavery,” in light of the recent Windrush scandal. He sees Black History Month, which covers the whole of October, as a significant chance to celebrate the “immense contribution” black Britons have made.

One such black Briton Corbyn wants to see get more recognition is Paul Stephenson, who he met on the Bristol visit, claiming he is a “true British hero” who should be as “widely known as Rosa Parks.”

Stephenson led a boycott of a Bristol bus company, protesting against its refusal to employ Black or Asian drivers or conductors. In 1964 he achieved national notoriety when he refused to leave a pub until he was served. His tireless campaigning paved the way for the first Race Relations Act in 1965.

When the UK government abolished slavery and banned people from owning slaves in Britain and on Britain’s colonies anywhere in the world, those slave owners received compensation. Bristol had the highest concentration of people in Britain who owned slaves in 1833 outside of London.

The slaves themselves received nothing, and had to continue working for their masters for a number of years before they could consider being freed.

Corbyn’s liberal pandering to his non-White constituency is both nauseating and destructive.  Blacks slaves contributed nothing to the British Empire except the lowest form of physical labor.  If Corbyn were truly honest he would mention how it was jewish Rothschild money that financed the expansion of the British Empire, and this “immense contribution” of jewish capital fueled the slave trade, which was largely in the hands of Jews.  Would it be antisemitic to ask if Bristol historically had a large jewish population?

Someone should also remind Corbyn that the so-called “slave trade” involved millions of White slaves who were euphemistically referred to as “indentured servants” who were legally no better off than their Black counter-parts, being bought and sold on the auction block, left as chattel in wills, and worked to death because they were relatively cheap compared to the much more expensive Black slaves.  In fact, there are tens of millions of White Americans today who are descendants of those Whites slaves who originally populated the American colonies, the most famous one being Benjamin Franklin.