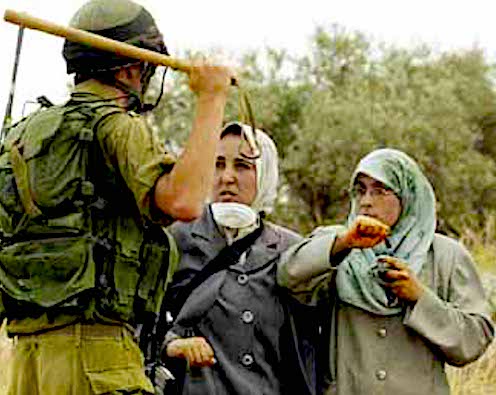 The boss of a publication which calls itself “the north’s premier lifestyle magazine” has resigned after its Twitter account sent out messages urging Jews to “look in their own doorstep” over the causes of antisemitism:

Leeds-based Esteem Magazine tweeted to comedy writer Sara Gibbs to ask: “Why oh why throughout history do Jewish people get verbally and physically attacked? Maybe if it’s happened for millenia Jewish people look in their own doorstep”.

As the magazine was accused of being antisemitic, it responded it was the “Biggest publication in N of UK HOWEVER NOT RACIST”. It later claimed to have been hacked.

After days of outage, it tweeted to announce there would be a “formal investigation” and said Neil Saville would stand down as a director.

“On behalf of everyone at Esteem Magazine, we apologise for any upset caused,” it said.

“A formal investigation will be taking place as to the origin of the comments made. Due to the upset caused by these comments, and the ill health which has since taken him Neil Saville will be resigning as a director of both Esteem Media and Coppertop Digital Ltd today.”

Jews are a unique people in that throughout history they have been a universally disliked people in every land where they have dwelled, and yet they have never done anything to deserve that antipathy.  For the rest of people on Earth, we actually have to do something antisocial to be disliked, but Jews literally have to do nothing to be hated, so much so, that the official definition of antisemitism now includes this presumption that there is no cause of antisemitism.

But as the jewish Henry Kissinger once observed, “Any people who have been persecuted for 2000 years must be doing something wrong.”   And what Jews are doing wrong is denying that they are ever doing anything wrong.  With any other people, this denial would be considered a serious mental and emotional disorder, but when Jews claim they have never done anything to deserve criticism, they are treated as if that is totally normal.  If the Jews wanted to truly end antisemitism, they would change the way they behave, but they won’t do that because they benefit from antisemitism, as Theodor Herzl once admitted.