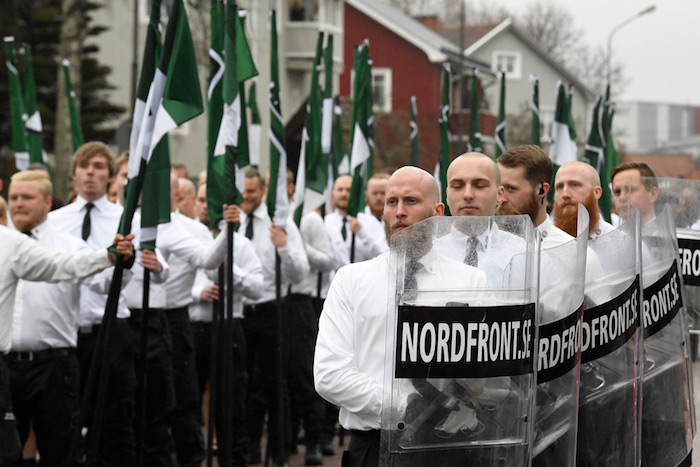 The U.N.’s Committee on the Elimination of Racial Discrimination (CERD) issued a report this week expressing its concern over the rising levels of discrimination against Muslim and African invaders in Sweden:

The report pointed to “racist hate speech against Afro-Swedes, Jews, Muslims and Roma”, a problem that the committee said is particularly prevalent “during election campaigns, as well as in the media and on the internet.”

“The Committee is particularly concerned with reports of arson attacks against mosques and reception centres for asylum seekers,” the report added.

Mosques have also been the frequent targets of both arson attacks and racist vandalism. The report criticized Sweden for a “lack of sufficient funding to safeguard mosques against attacks”.

“The Committee is also concerned at the continued reports of racist hate crimes and hate speech against Muslim ethno-religious minority groups, especially Muslim women,” the report stated, adding that Muslims in Sweden face “difficulties […] in terms of access to employment and housing outside of minority populated areas, amounting to de facto segregation.”

The report also pointed to the “stereotypical representation of Muslims in the media, and by politicians.”

The recent spate of public rallies by neo-Nazi groups like the Nordic Resistance Movement (NRM) also caught the UN’s notice.

“The Committee is concerned at the presence of racist and extremist organizations in the State party, and their public demonstrations,” it stated. The report further chastised Sweden for not investigating crimes by neo-Nazi groups as terrorism.

The UN Association of Sweden also presented an alternative report to offer input on the CERD report, as did Civil Rights Defenders, the Sami Council, the Swedish Muslims in Cooperation Council, among others.

Aleksander Gabelic, chairman of the UN Association of Sweden (which is not affiliated with the UN) said earlier this spring that the nation’s leaders “must be more rigorous in dealing with racist and Nazi organizations.”

“The increasing threat from racist and Nazi groups must be addressed,” Gabelic said in conjunction with the report’s release. “It’s not fair that people should be afraid to be in the streets and squares of our cities.”

So this U.N. committee actually thinks it can end “racial discrimination” throughout the world, or just in White countries?  Or just in White countries that have legal elections that decide they’ve had enough of this Third World invasion?  Does the U.N. honestly think that even the pacifist Swedes are going to allow their country to be invaded and islamified without a peep of resistance from the people?  The Swedes regrettably have been the most accommodating country in Europe to these invaders, but apparently that isn’t good enough for the “rootless cosmopolitan elites” at the U.N.

This U.N. report makes Sweden sound like the Weimar Republic in Germany in the early 1930s with “brown shirts” roaming the streets looking for “innocent” jewish communists to attack.  If there truly were a rising in nationalism and Nazism in Sweden, these Muslim invaders would be running for the borders trying to get out of the country as fast as possible instead of intimidating the police and raping Swedish children.  If the political Right had any significant power in Sweden, the U.N. would be recommending international “peacekeeping” forces be sent in to protect the Muslims.