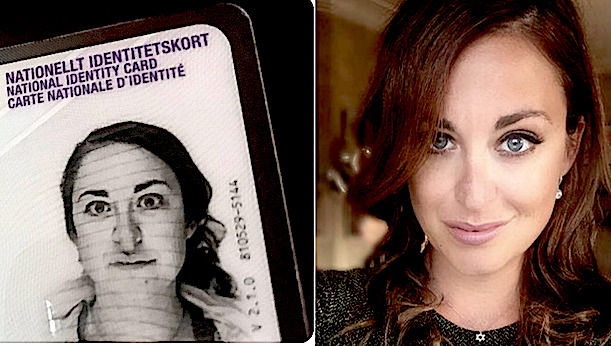 Jewish journalist Annika Hernroth-Rothstein who lives in Sweden has accused authorities of doctoring photos on her ID cards to enlarge her nose in a shocking case of anti-Semitism:

“Went to get a new National ID card & passport at a police station in Sweden, handing in employment papers from an Israeli newspaper as well as proof of ID with 2 very Jewish names (while wearing a Magen David btw). Got back my ID and my nose has been doctored as seen below,” Hernroth-Rothstein, who claims she is “the Jew Mel Gibson warned you about” in her Twitter bio, posted.

The 38-year-old is a contributor to Israel Hayom, the Jerusalem Post, the Washington Examiner among others, and famously filed for asylum in her native Sweden to highlight rising anti-Semitism in the country in 2017.

Many on Twitter were quick to show solidarity with the alleged victim of anti-Semitic abuse.

“This must be investigated. A service error, to say the least… both anti-Semitic and manipulation of ID documents,” lawyer Sebastian Scheiman wrote, while others called for “heads to roll.”

“Oops. Annika, I’m sure that if [you] ask for Israeli citizenship, your real beauty will appear also at the official documents,” suggested Israel’s ambassador to Italy.

Not everyone was so easily convinced of a vile anti-Semitic plot being hatched in the Swedish passport office, however, offering much more reasonable explanations and providing evidence in the form of their own unfortunately enlarged noses on their own ID cards.

“Not sure that it was deliberately doctored. If you look at the line under the nose, you can see the inconsistency in the outline. Looks like a printing smear or error,” wrote one user.

“This is a very serious accusation, in a country where anti-Semitism happens, so please consider retracting this, so that it doesn’t remove legitimacy from others,” another person advised.

…With the story seemingly debunked, the journalist now claims that the backlash to her complaint is almost worse than the alleged doctoring itself.

Jews should be publicly ridiculed for these false charges of antisemitism, so much so that they will think twice about making them in the future.

This woman is obviously very sensitive about her ugly jewish nose, as are many Jews; unfortunately, her way of dealing with that insecurity is to slander the Swedish government.  She should be fired by every jewish newspaper she works for. 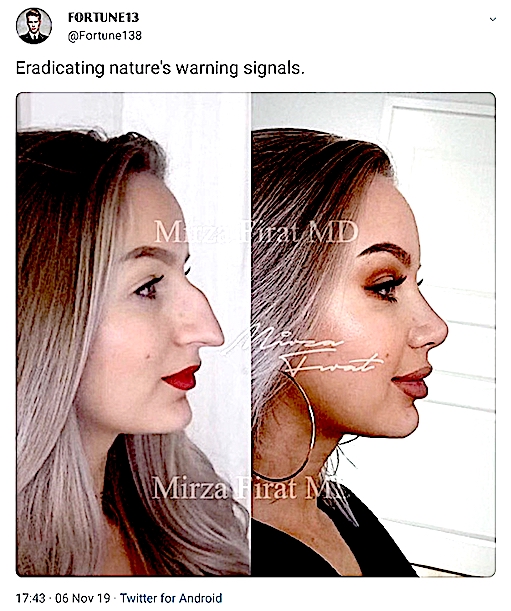 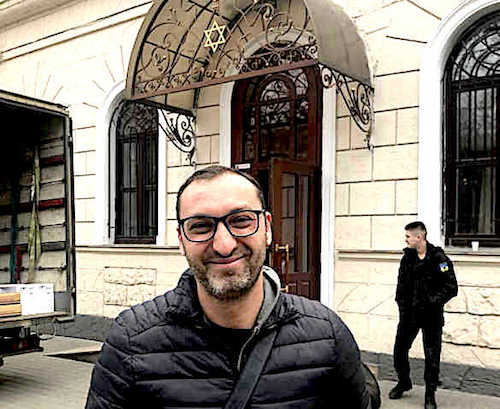