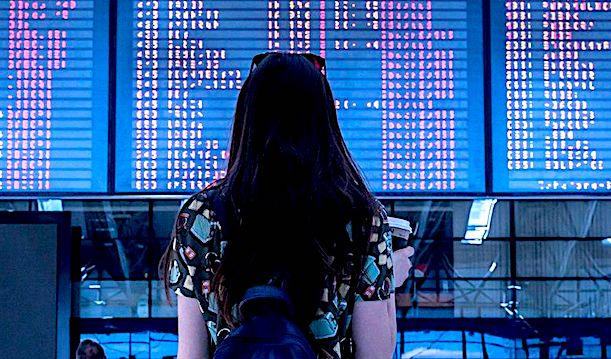 A Jewish passenger who couldn’t make a United Airlines flight to Israel because of Yom Kippur went right to the top for an accommodation — and, of course, it worked:

The woman, identified as Miriam W. by DansDeals, wrote an email directly to the airline’s CEO and chairman, Scott Kirby and Oscar Munoz, to explain her situation: She said she couldn’t make it in time to Newark Liberty Airport for the 8:05 p.m. flight because of the holiday, as the fast day ended at around 7:30.

United’s executive offices called last week to tell her that the flight schedule would be changed.

The airline had changed its evening flights from Newark to Tel Aviv from 10:50 to 8:05 due to new scheduling requirements during the coronavirus crisis.

“I’m surprised United didn’t realize this when they made their COVID-19 schedule changes, but kudos to United for changing the flight time a week before the flight in order to accommodate religious passengers!” Dan Eleff wrote on his DansDeals website.

This Jewess is “surprised” that United Airlines executives didn’t consult rabbinical authorities prior to changing their flight schedules due to the “pandemic”?

In case you don’t understand the definition of “chutzpah”, this is it.

And if you need an example of the much-ballyhooed so-called “White” privilege, this is it.

After all, so-called “experts” have convinced us that “Jewish privilege” does not exist — and if multi-millionaire Jewish celebrities reassure us that they are not privileged, it would be antisemitic to doubt them.

Imagine a Christian writing an email to an airline CEO demanding that they change their flight departure time to accommodate her busy Easter or Christmas plans — we can’t imagine it because it wouldn’t happen.

Complaining is one of the most time-honored Jewish traditions — because they know that when Jews complain, they often get their way — and the more outrageous and irrational the complaint, the better.

There was a time in America not too long ago that almost no stores or businesses were open on Sunday — downtown would be a ghost town.

Today very few businesses are closed on Sunday — the Christian sabbath — because Jews used their power to de-Christianize America.

And now that America is all but Judaized, all businesses — even major airlines — will now be forced to be “mindful” of  the Jewish high holidays — all 50 of them.

While the Ten Commandments have been removed from our court houses and school rooms, the draconian and Talmudic “Noahide” Laws have been implemented, officially recognized by the U.S. Congress, as the new law of the land.

And, yes, those “Noahide” Laws just coincidentally consider Christianity to be “idolatry” and a capital offense worthy of death.

And we wouldn’t want to “offend” the Jews, now would we?