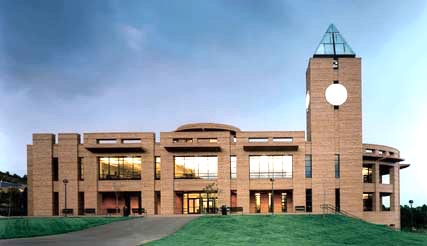 While rubber stamping Black-only, Asian-only, Jewish-only and LGBT-only student organizations, the University of Colorado has refused to recognize Ratio Christi, a Christian-only group on campus:

Christian nonprofit Alliance Defending Freedom is representing Ratio Christi in the lawsuit, which asserts that the student group has tried to become a recognized student organization at UCCS for nearly three years.

“The First Amendment dictates that the ‘marketplace of ideas’ on a public university cannot prefer some viewpoints and cannot exile or denigrate others,” Ratio Christi states in the lawsuit. “It also dictates that the government cannot force a religious organization to appoint as a leader someone who does not share that organization’s beliefs or to accept as a member someone who does not support its mission.”

Ratio Christi describes itself as an organization that provides a safe venue to explore and discuss Christianity.

“We desire to partner in taking back the mind of the University for Christ,” the group states. “By equipping Christian students we believe many students will not only hold onto a faith that they might otherwise abandon, but they will also begin to stand up for Christianity when it comes under fire in the classroom.

ADF said in a news releasethat students of any faith can attend Ratio Christi events and become a member of the group, so long as they are on board with the group’s mission. But Ratio Christi mandates that its leaders are Christian.

The nonprofit said that, because of this restriction, UCCS has denied to register Ratio Christi, curbing its access to funds, help from administrators, and space to host events.

“Like any other student group at a public university, religious student organizations should be free to choose their leaders without the government meddling,” ADF senior counsel Travis Barham said in the news release.

Barham argued that the UCCS should not dictate how student groups pick their leaders. He suggested that it would be absurd to have a student with opposing views as a leader of a Christian club.

College campuses are bastions of free speech and free association — as long as you are not White or Christian, and if you are both White and Christian, you literally become persona non grata because you represent everything that today’s college educations are feverishly working to undermine and destroy.  Make no mistake, this group would have been recognized with it were a “Jews for Jesus” group or a “Afro-American Christian” group, but it is a virtual certainty that this Christian group is mostly White, and the college perceives it to be a White group first, and a Christian group second.

It is absolutely futile for Christian groups to try to prove to the world that they are not “racist” and that they welcome all comers.  For the vast majority of the last 2,00o years Christianity has been a Whites-only religion, and Christians have nothing to apologize for with that rich history.  It has only been recently when Christian groups insisted on adopting liberal “diversity” dogma that the power of Christianity in America has gone into steep decline, so much of a decline that they aren’t even allowed on university campuses.