US Millennials Suffering From ‘Unprecedented Levels’ of Mental & Physical Illnesses 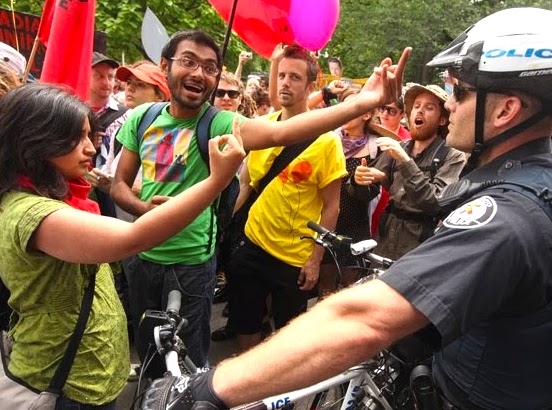 Millennials (the generation born between the early 1980s and approximately the mid-1990s) just got some bad news from health insurance data from 2017 which shows that many of them, especially those in their mid-30s, are facing unprecedented levels of mental and physical illness:

According to a report released in April by the Blue Cross Blue Shield (BCBS) Association, millennials’ sharp decline in health begins around the tender age of 27 and stands in stark contrast to the health of the preceding generation—Generation X, born in the mid-1960s. For eight of 10 health conditions, millennials are experiencing double-digit increases in prevalence compared to what Gen Xers experienced at the same ages. Although four out of five millennials, ironically, perceive themselves to be in “good” or “excellent” health, both the BCBS report and a 2016 Harris Poll survey put the lie to these perceptions. In the survey, over half (54%) of millennial respondents reported having been diagnosed with at least one chronic illness.

Interestingly, a national survey of children’s health conducted in 2007 produced exactly the same result as the Harris Poll for children ages 0-17: 54% of surveyed children had one or more chronic health conditions. The preteens and teens who participated in the 2007 survey fall squarely into the millennial time frame and would have been in their 20s when BCBS conducted its 2017 analysis. For anyone following America’s dismal child health trends over time, the news about millennials’ health can hardly come as a surprise.

… Other environmental factors, such as the ubiquity of glyphosate in food, air, water (and vaccines) and young people’s immersion in a wireless-saturated environment also merit close attention and an immediate response.

What is BCBS’s proposed response to the millennial health crisis? The insurer plans to conduct “Millennial Health Listening Sessions” to identify health care system fixes. A more necessary first step, however, is to call out the environmental factors that are undoubtedly at the root of the several-decades-old children’s health crisis that is now unfurling into young adulthood.

Vaccines represent one group of obvious suspects, particularly if one recognizes that the millennial generation’s arrival on the scene roughly coincided with the end of manufacturer liability for childhood vaccine injuries and the beginning of the rush to pile ever-more vaccines onto the childhood schedule. Other environmental factors, such as the ubiquity of glyphosate in food, air, water (and vaccines) and young people’s immersion in a wireless-saturated environment also merit close attention and an immediate response.

Millennials are the most vaccinated group in human history, and if we are to believe the Centers for Disease Control pro-vaccine propaganda machine, they should be the healthiest in history, but the exact opposite is true: they are the sickest, and they are getting sicker.  A reasonable person might be tempted to conclude that perhaps vaccines aren’t “safe and effective” and a full investigation should look into this contradiction. That would only happen in an open and honest society, not one controlled and terrorized by Big Pharma into submitting to mandatory vaccinations out of fear.

On top of this vaccine insult are unprecedented levels of glyphosate pesticide poisoning, which can precipitate all kinds of chronic diseases, including cancer, Parkinson’s, diabetes, and a whole litany of neurological disorders.  This “witch’s brew” of vaccines and glyphosate works synergistically to destroy the body’s immune and nervous systems, and the results of his health survey reflect exactly those types of degeneration.  And it’s reassuring to know that one of the world’s largest vaccine manufacturers also makes Round-Up, or glyphosate.  Nothing to see here, folks.  Move along.