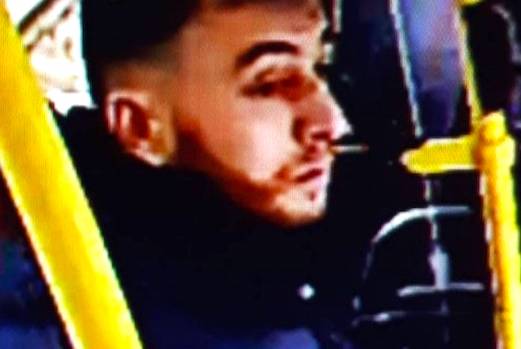 Gokmen Tanis, the 37-year-old Muslim man suspected of killing three people and injuring five in a shooting on 24 Oktoberplein in Utrecht on Monday, has a lengthy criminal record and is considered “scum” by his neighbors, but they don’t believe him to be a ‘real’  terrorist:

Relationship problems were behind the shooting, not religion, they told the Volkskrant. Angelique, the victim in a rape case against Tanis, believes the same.

According to Angelique, the victim in the rape case for which T. appeared in court for a pro-forma hearing two weeks ago, T.’s actions on Monday “had nothing to do with faith”. “He’s just crazy, a drug user, you name it”, she said to newspaper AD. “I warned the police before. He is not a terrorist, but a psychopath.” She immediately went to the police after she heard what happened. “I was terrified, I thought: he’s coming for me. I hoped the police would help me, but what happened: they started to question me as if I knew where he was. Me! A victim. I think it’s a shame.”

Angelique and T interacted for around eight years, until he raped her in 2017, she said to the newspaper. According to her, their relationship was mainly sex and joint coke use. T. was recently in custody for violating conditions of his conditional release, but he was released again on March 1st, Angelique said. She told AD that she warned the police “so many times” about how crazy T. is. “If only they had listened to me.”

T. was arrested in a house on Oudenoord, near the center of Utrecht, after a long manhunt on Monday evening. He is suspected of opening fire on a tram on 24 Oktoberplein, killing 3 people and injuring 5. Rinke Terpstra, a coach at football association DESTO in Leisdche Rijn, and Roos Verschuur, a 19-year-old employee of the Kwalitaria snack bar in Vianen, are two of the people killed in the shooting.

The authorities are investigating whether this was a terrorist attack. But the people who lived around him do not think so. During the course of Monday a rumor emerged that T. opened fire on a former lover who reported him for rape. The people who know him believe that this is closer to the truth, according to the Volkskrant. The residents of Kanaleneiland describe T. as a “petty criminal”, a “dealer”, a “loser” with a drug problem, a “lost, confused dork”, someone who lost his way early in life and quickly accumulated a lengthy criminal record, according to the newspaper.

“I grew up with him in Kanaleneiand”, one local resident said to the newspaper. “He is one of three brothers. At some point he lost his way. He dealt in coke and heroin, things like that, and often came into contact with the police.”

Another neighbor told the Volkskrant that T. was taking revenge on a former lover, who he had been following for some time. “I’ve been living here all my life. I grew up with him. He’s been known for years as someone who steals bicycles and commits shoplifting. He did not come to the mosque. Over the past years I saw him deteriorate. He came into contact with hard drugs and started smoking heroin. We wanted nothing to do with him. He is a lost boy with the IQ of a shrimp. God only knows what possessed him. But it has nothing to do with faith.”

Acquaintances of T. told NOS that things went further downhill for the man after he got divorced from his wife two years ago. Sometimes he lived as a devout Muslim, at other times he would drink and party, they said according to the broadcaster.

Muslims, and Arabs in general, have a higher level of mental instability than Whites, and that’s probably because Arabs have much higher levels of incest, which often results in all kinds of mental instability and retardation.  Combine that with a “religion” that exploits that instability with doctrines that any non-believers should be killed or subjugated, and you’ve created a powder keg, especially when you transplant one of those arabs into an alien Christian and White culture.

Even if you strip an Arab of any belief in Islam, you still have a racial Arab that is fundamentally different from a White man.  How do we know this?  Look at an Arab society and compare it to a White society, and those obvious and glaring differences cannot be written off as superficial “cultural” nuances.  No Arab belongs in the Netherlands, just as no White man belongs in Syria or Afghanistan, except perhaps as a tourist or, more likely, a combat soldier.  When you insist on a multi-racial society, you inevitably must accept higher levels of violence and uncertainty, because both are inevitable.