Vaccine Skepticism In Australia Now Punishable By 10 Years In Jail 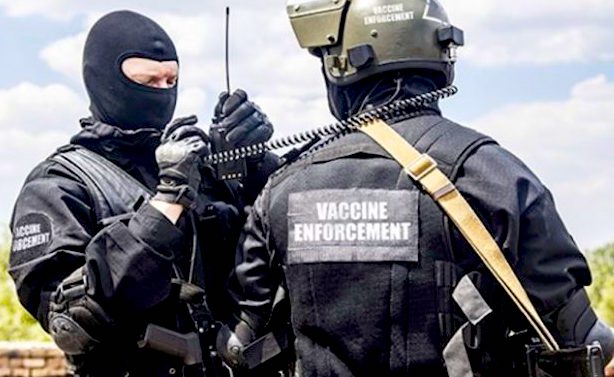 Nurses and midwives who dare to speak out against the dangers of vaccinations on social media or in person will be prosecuted and face prison, the Australian government has warned, urging members of the public to report vaccine skeptics to the authorities:

Medical professional face a jail sentence of 10 years for expressing doubt about the effectiveness of vaccinations or urging further studies into vaccine safety. Opponents of the new law claim free speech and scientific integrity is under attack in Australia by a government that has been bought and paid for by Big Pharma.

“With no exceptions we expect all registered nurses, enrolled nurses and midwives to use the best available evidence in making practice decisions. This includes providing information to the public about public health issues,” Chair of the Nursing and Midwifery Board of Australia (NMBA) Dr. Lynette Cusack said in a statement.

The NMBA has called on Australians to report nurses or midwives promoting anti-vaccination – ‘anti-vaxxers’, as they’re known colloquially.

“The board will consider whether the nurse or midwife has breached their professional obligations and will treat these matters seriously,” the statement said.

“Any published anti-vaccination material and/or advice which is false, misleading or deceptive which is being distributed by a registered nurse, enrolled nurse or midwife (including via social media) may also constitute a summary offence under the National Law and could result in prosecution by AHPRA [Australian Health Practitioner Regulation Agency.]”

One of the strongest supporters of vaccination, Victoria’s Health Minister Jill Hennessy, has no time for parents who believe vaccine safety requires further study in order to ensure they are safe for our children.

“They are an organized movement, largely stemming from the United State of America that are hell bent on misleading parents that vaccinations are unsafe.

“That’s a dangerous message and one I’m going to continue to fight. Vaccinations save lives,” the minister concluded.

No, the “brain dead sheep” are the ones that trust whatever the government and medical “experts” claim.  If the safety and effectiveness of vaccines were overwhelmingly proven, they wouldn’t need to threaten non-believers with 10 years in jail for raising an eyebrow over their claims.  If you don’t submit to group-think, jail awaits you.  If you dare warn your brothers, sisters, and fellow countrymen about any clear and present danger, jail or a re-education camp may be where you’re headed.

The truth shouldn’t need laws to defend it.  But we now face prison is we criticize migrant rape gangs, or if we dispute certain aspects of WWII history, or if we point out that certain vaccines have maimed and killed both children and adults.  Questioning any of these liberal talking points is tantamount to treason and must be dealt with swiftly and severely.  We’re not interested in your “hateful” facts; just pump us full of drugs let us watch our favorite stars get their flu shots: