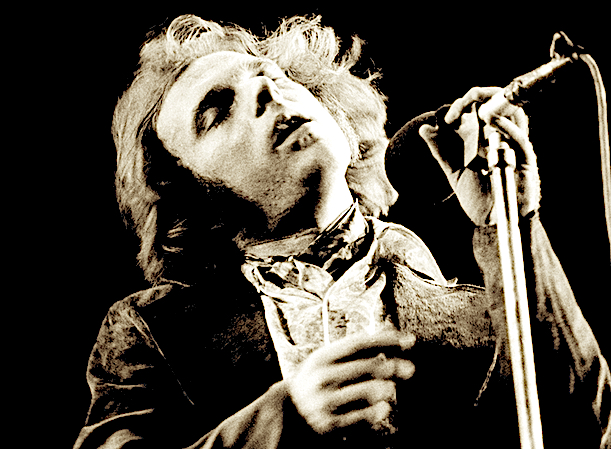 In a 1988 recorded conversation between Van Morrison, Derek Bell (Chieftains), Martin Lynch and Professor Bob Welch at the University of Ulster, Van Morrison emphasized that the Blues did not originate from Black people–rather it came from White spirituals.

“The Blues came from Irish and Scottish traditional music. That’s actually where it came from, though spirituals. There’s this theory about blues that come from Africa, but the people that were saying this….Samuel Charters, who was the authority on Blues, said they came from Africa. It’s nicer to place it somewhere in Portugal. If you want to check it out, it’s right. Look it up. Twenty years ago he said it’s Africa, but it actually came from the White spirituals that were transplanted in America, then it came back when the black people started singing the White spirituals, and that turned into the Blues, and then it later became rock and roll, as we know, and came back this way.”

The “authoritative” blues historian whom Van Morrison mentions — Samuel Charters — was a radical leftist who, at one point, got into trouble with the anti-communist House On Un-American Activities.  Not surprisingly, Charters married a jewish radical from Berkeley — Ruth Danberg — who was intimately involved with his work.

In his own words Charters admitted that his work was politically motivated rather than factual.  He stated, “For me, the writing about black music was my way of fighting racism. That’s why my work is not academic, that is why it is absolutely nothing but popularization: I wanted people to hear black music.”

So in other words, Charters’ early claims that jazz and blues were original “black” music were not based on real history — it was a marxist attempt at legitimating and elevating black contributions to American culture by essentially robbing whites of their own history.

Facts don’t matter as long as they fit into the politically correct story line that the nation wreckers are promoting.

You can see this interview in full at the following link. If you’d like to see only that part where he discusses the White roots of the blues, skip ahead to 5:45…