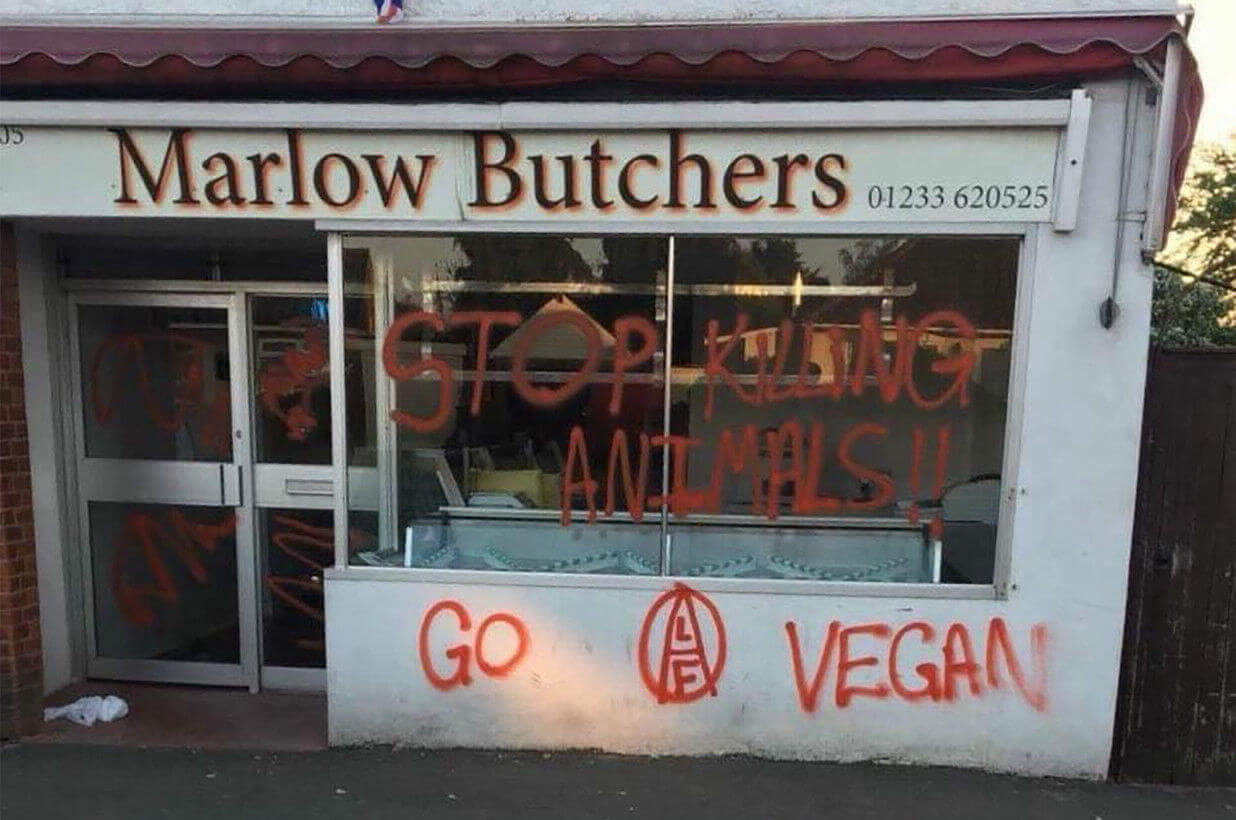 “Attacks on small businesses by vegan activists are on the rise, according to the Countryside Alliance.

Death threats, stoked by social media and encouraged by international groups of activists, have caused butchers and farmers to “live in fear.”

Marlow Butchers, in, Ashford, Kent, was targeted earlier this month by activists who daubed red paint on the doors and windows of the shop.”

“Tim Bonner, Chief Executive of the Countryside Alliance told The Telegraph: “There’s been an escalation of attacks on butchers, markets, and even abattoirs and it’s an extension of animal rights campaigns we have seen around other areas, using the same tactics including online abuse.”

Comment:
Veganism isn’t merely a dietary choice–it’s become a fanatical religion whose adherents believe that they have the moral right–and obligation–to physically attack anyone who disagrees with them. After all, meat eaters are “fascists”, and violence is acceptable as long as it resists any form of “fascism”.

Most objective research has shown that veganism is a very unhealthy diet as it lacks essential vitamins and minerals available only through eating a well-balanced diet that includes animal products–and this is made clear in the Bible. Without a proper diet, vegans are probably more prone to mental and emotional imbalances, which result in violence directed at their perceived “enemies”, such as the local butcher.