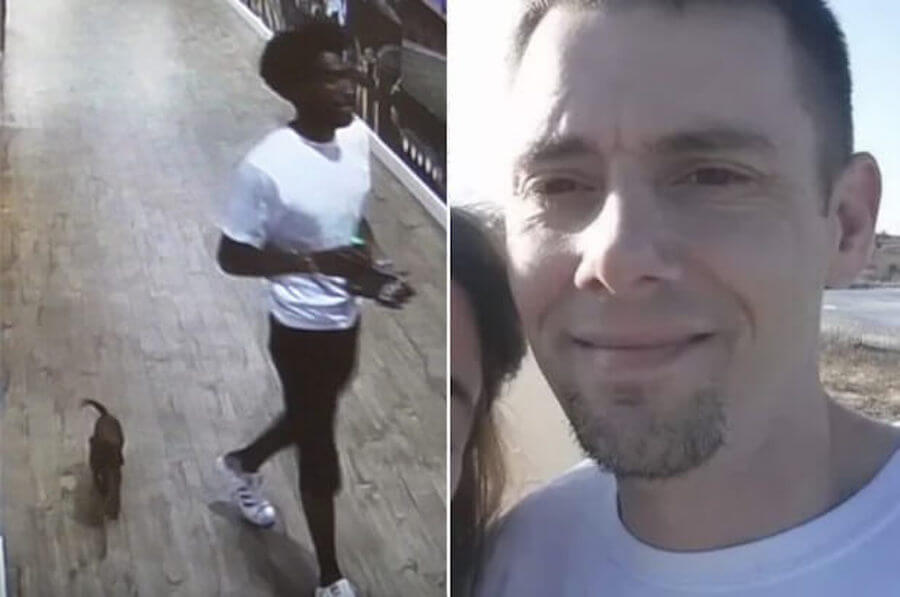 In yet another case of vicious Black-on-White crime, which the jewish media will ignore, a White man was gunned down after he tried to intervene when a Black man was choking a small dog.

Welcome to diversity in America:

An animal lover has been shot dead in Tennessee while trying to save a Yorkshire terrier puppy who was being choked by his owner.

Robert ‘Rob’ Wilson, 37, died last month in Smyrna after he was shot in the chest when he stepped in to stop the mistreatment of the puppy.

He had confronted 35-year-old Donavous Jerome Drennon after allegedly spotting him holding the Yorkshire terrier by the throat.

The incident took place on the night of July 27 at the Uptown Suites: Extended Stay hotel.

Drennon was captured on CCTV walking through the hotel with the puppy trailing behind him.

Wilson had been staying at the hotel with his fiancee Sue Hoskins while they looked for an apartment to rent.

His fiancee told the Murfreesboro Daily News that Wilson had called her from outside the hotel room to say someone was mistreating the dog.

‘I dropped my phone and went running out there to see Rob saying, ‘why are you doing that’,’ she said.

‘The guy said it was his puppy and he just shot him.’

Blacks have a long track record of abusing animals – if they can’t eat them, they have no use for them.

Same is true with other non-Whites – Asians eat dogs, and Mexicans use them for fighting. But Blacks have often been caught being especially cruel to animals – and this is a reflection of their true nature, with all the feel-good propaganda stripped away.

Whites have a long history of living peacefully with their animals – all the way back to Egypt, and our first recorded history, which is why we especially abhor people who abuse animals. Even the Nazis had severe criminal penalties for anyone who abused animals.

Whether in Africa or Detroit, Blacks treat their animals with equal cruelty. Despite all the talk about how Black people have “soul”, one has to truly wonder how a people who mistreat animals to this degree can possibly have souls.

Perhaps their insistence that they have “soul” is merely wishful thinking, an empty bravado that hides a spiritual void underneath.