Victory! Vaccine ‘Conspiracy Theories’ Cause ‘Collapse In Demand’ For COVID Vaccines In Israel 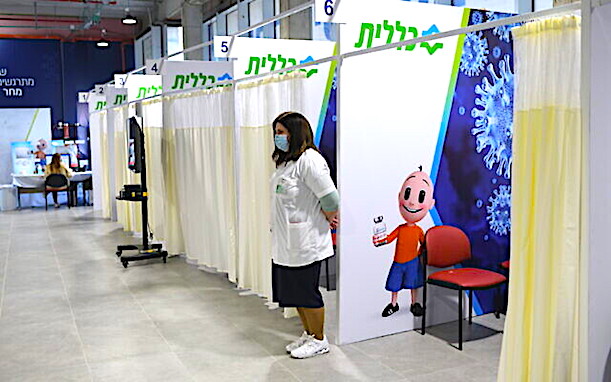 With Israel’s “world-leading” vaccination drive slowing because of a collapse in demand, the Health Ministry and some private firms are looking at ways to incentivize — or punish — Israelis to go and get their shots:

The Health Ministry is reportedly weighing a plan to send out medical staff to offices of major companies around the country to vaccinate employees, Channel 13 reported Monday.

Currently, this is logistically problematic because the HMOs are responsible for vaccinating Israelis and each employee has their own HMO membership.

Nonetheless, a “control center” will be established in the Health Ministry to discuss these issues and will be responsible for coordinating with the various companies involved, the report said.

Also, a meeting was held Monday between the directors of Israel’s four HMOs and the Health Ministry where it was decided that a plan would be presented for the approval of the Finance Ministry, which would allow HMOs to give staff members who persuade patients to get vaccinated a salary bonus.

Israel has been aiming to dole out 200,000 shots a day, but although everyone 16 and over is now eligible for the vaccine, demand is running at barely half that total.

Meanwhile, some companies are taking the matter into their own hands.

The BIG shopping center firm announced that it will not allow unvaccinated Israelis into its offices in Herzliya, according to Channel 12.

The Shufersal grocery store chain says it’ll pay staff members for the hours needed to go and get vaccinated.

The Swiss System mattress firm will give a NIS 500 bonus to all of its employees who get vaccinated and even a day off as well, Channel 12 reported. While the “We like you too” cafe chain will be offering its employees a NIS 300 bonus for each vaccinated employee.

The Givatayim municipality will offer a municipal tax deduction for every family that has been vaccinated.

Pelephone, Yes! and Bezeq International announced a collaboration with the “Latet” charity firm in which they will donate a hot meal to those in need for each of the 4,000 employees of the companies who get vaccinated.

Though all Israelis 16 and older are eligible to get vaccinated, the inoculation centers say few are showing up.

According to Channel 12, Israel’s health providers were ready for 200,000 vaccinations a day since last week. But demand has dropped by 50 percent since a record 240,000 Israelis were vaccinated on January 12.

“We have no explanation for why people are not coming. We send out messages telling people to come and get vaccinated, but still the response is low,” a Clalit health official told the network.

Many blamed a rash of anti-vaxxer conspiracy theories online, including from a popular celebrity rabbi.

Moshe Tsarfati, waiting at a vaccination center in Jerusalem for a vaccine, told Channel 12: “It’s just shocking the flood of conspiracy theories online against vaccinating. It’s shocking and people are dying as a consequence.”

On Sunday, Facebook announced that it had removed a major group promoting conspiracy theories about the COVID-19 vaccines that in recent weeks had urged its thousands of members to schedule appointments to inoculate and then to cancel them at the last minute, forcing HMOs to throw out unused doses.

Israel is still leading the world in vaccination rates per capita, having given the first shot to over 3.5 million of its citizens and the second to 2.1 million.

According to OECD figures cited by Channel 12, Israel is also leading the world in infections, though it is the lowest for mortality (0.7%).

There have also been worrying signs of medical workers declining to be vaccinated.

Under two-thirds of hospital staff at the Laniado Medical Center have been vaccinated against the coronavirus, according to Channel 12, which cited Health Ministry figures.

The Netanya hospital has seen 60 percent of its doctors and 60% of nursing staff get the shots, it said.

At Jerusalem’s Shaare Zedek Medical Center, just 73% of doctors, and 72% of nurses have been inoculated.

The Hadassah Ein Kerem Medical Center in the capital, by contrast, was leading with 94% of doctors and 89% of nurses getting the vaccines.

The vaccines have been available for medical staff since late December, and those who are not vaccinated have declined the shots of their own accord.

Months ago we reported that early surveys showed that up to 75% of Israelis were going to refuse the vaccine — and it would seem that the pro-vaccine propaganda campaign is now falling on deaf ears.

Israelis are a very skeptical people by nature — and their trust in government is not particularly high — especially with PM Netanyahu cynically using the “success” of the vaccination program to bolster his re-election chances.

And the pejorative term ‘conspiracy theory’ has been so overused that it completely lacks any credibility or sting at this point — as someone wisely observed, “A conspiracy theorist is someone who doesn’t watch as much television as you do.”

The liberal Jewish press has attempted to demonize the Orthodox communities who have refused — rightly — to submit to the ineffectual, draconian lockdowns — along with the dangerous vaccinations.

They have even gone so far as to absurdly blame these Orthodox refuseniks for a rise in “antisemitism” in Europe — whereas the truth is these Jewish groups are largely admired for not submitting to these threats to all of our freedoms.

And even if Israel is using placebos instead of real vaccines — they can’t tell the public the truth so that they will go out and get vaccinated.

And no matter what incentives and punishments Israel may come up with, there will still be a huge segment of the Orthodox communities who will never go along with it — nor should they — and that’s good for all of us. 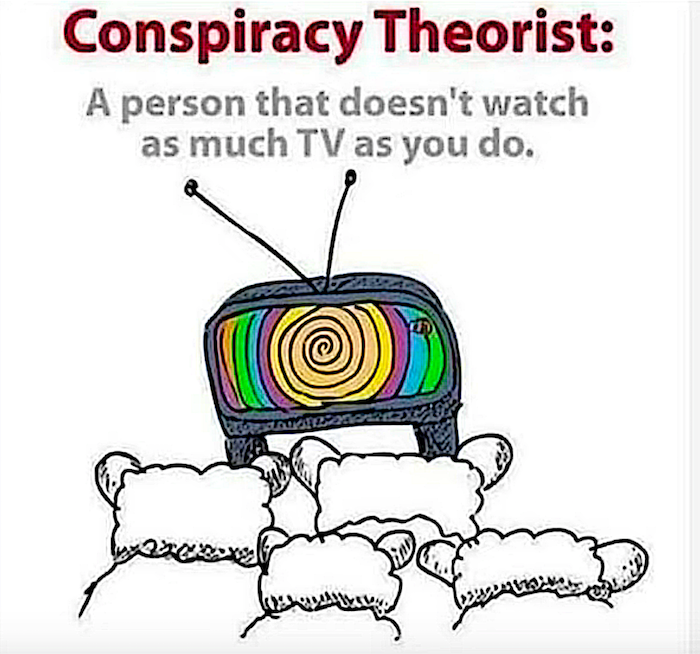