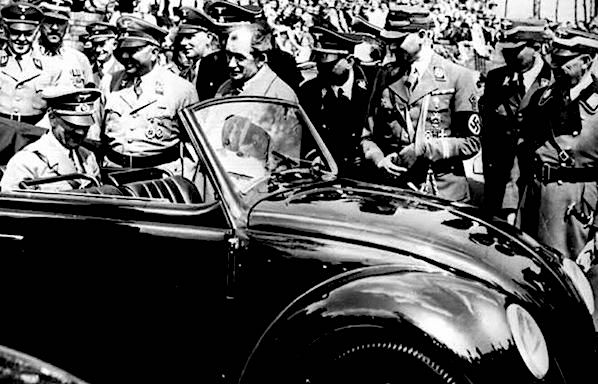 Volkswagen, the car manufacturing giant, is joining with the Anti-Defamation League to fund a Berlin-based office that will research and combat antisemitism in Europe:

“The initiative will focus on assessing the root causes of anti-Semitism, extremism, and bigotry in society and develop programs to counter it through advocacy and education,” ADL said in a release Tuesday.

A Volkswagen spokesman told the Jewish Telegraphic Agency that the venture would open an ADL office in Berlin, the first ADL presence in Europe in more than a decade. The funding, over the three years, would be in the low seven figures, the official said, with an option to expand and continue the initiative thereafter.

Herbert Diess, CEO of Volkswagen Group, the largest car manufacturer in the world, announced the bid Monday at the ADL’s annual Washington conference. In an interview with JTA, he said he was concerned about the recent spike in anti-Semitism in Europe, and that Volkswagen had a special obligation to combat racism because of its origins in Nazi Germany.

“We have more obligation than others,” he said. “The whole company was built up by the Nazi regime.”

The initiative will have four components: Education in schools, education in workplaces, lobbying in European capitals, and research through surveys.

Jews (i.e., “people who just so happen to be jewish”) have a habit of calling countries or governments they don’t like “regimes”, just as they call anyone they don’t like “antisemites”.  In the old days, an antisemite was someone who didn’t like Jews just because they were Jews, but today those type of people are few and far between, so in order to manufacture new “antisemites”, they have changed the working definition of antisemitism to include anyone whom Jews don’t like, and anyone who criticizes their dear state of Israel or expresses sympathy for the plight of the Palestinians, like Roger Waters.

And even though World War II ended 75 years ago, the jewish groups are still milking it every chance they get.  And it must be incredibly satisfying for them to strong arm Volkswagen, a company that was dear to Hitler’s heart, and whose very name invokes the German concept of “volk” or common German ancestry and culture.  Perhaps it’s time to rename the company to reflect its new, more “progressive” and “inclusive” values, something like “Judischwagen”?  And anyone who didn’t like this new name or their cars could be branded an antisemite.  The possibilities are endless.