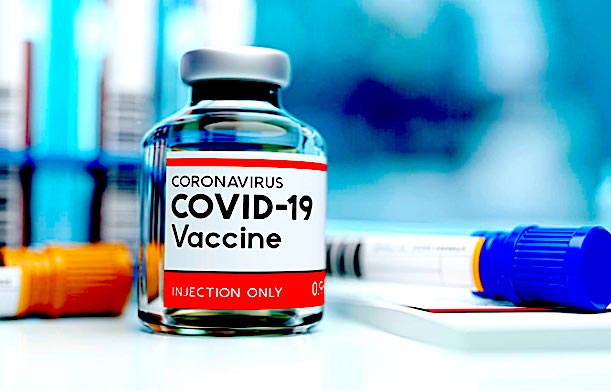 The participant who triggered a global shutdown of AstraZeneca’s Phase 3 Covid-19 vaccine trials was a woman in the United Kingdom who experienced neurological symptoms consistent with a rare but serious spinal inflammatory disorder called transverse myelitis, the drug maker’s chief executive, Pascal Soriot, said during a private conference call with investors on Wednesday morning:

The woman’s diagnosis has not been confirmed yet, but she is improving and will likely be discharged from the hospital as early as Wednesday, Soriot said.

The board tasked with overseeing the data and safety components of the AstraZeneca clinical trials confirmed that the participant was injected with the company’s Covid-19 vaccine and not a placebo, Soriot said on the conference call, which was set up by the investment bank J.P. Morgan.

Soriot also confirmed that the clinical trial was halted once previously in July after a participant experienced neurological symptoms. Upon further examination, that participant was diagnosed with multiple sclerosis, deemed to be unrelated to the Covid-19 vaccine treatment, he said.

The new disclosures made by Soriot were heard by three investors participating on the call and were shared with STAT. An AstraZeneca spokesperson did not respond to an email request for further comment.

One investor on the call said Soriot’s comments were intended to reassure investors that the company was taking the possible vaccine safety event seriously, and to reverse any damage to the company’s stock price. “A vaccine that nobody wants to take is not very useful,” said Soriot.

To date, AstraZeneca’s public statements on the pause have been sparse with details. For instance, the company has not publicly confirmed that this is the second time its trials have been stopped to investigate health events among participants.

On Wednesday, the company issued a statement, attributed to Soriot, saying AstraZeneca would be guided by a committee of independent experts in determining when to lift the hold on the trial “so that we can continue our work at the earliest opportunity to provide this vaccine broadly, equitably and at no profit during this pandemic.”

AstraZeneca’s is the first Phase 3 Covid-19 vaccine trial known to have been put on hold. Such holds are not uncommon, and it’s not clear yet how long AstraZeneca’s will last.

“To have a clinical hold, as has been placed on AstraZeneca as of yesterday, because of a single serious adverse event is not at all unprecedented,” Francis Collins, the director of the National Institutes of Health, told a Senate panel on Wednesday. “This certainly happens in any large-scale trial where you have tens of thousands of people invested in taking part, some of them may get ill and you always have to try to figure out: Is that because of the vaccine, or were they going to get that illness anyway?”

Funny, when someone allegedly dies of COVID-19, health officials NEVER try to figure out if they were going to die anyway because of pre-existing, life-threatening conditions, which 99.9% of them have.

But this strategy of blaming the victim of vaccines is nothing new — one of the world’s so-called “experts” on vaccines, Dr. Stanley Plotkin, dismisses most serious side effects after vaccination, claiming that there is no proof that the patients wouldn’t have developed the adverse symptoms anyway.

Sure, Plotkin, what are the chances that hundreds of perfectly healthy people would develop debilitating Guillain Barre syndrome weeks after a tetanus shot?  Or millions of children developing autism after the MMR vaccine?

The probability against this happening randomly to dozens of people is astronomical.

But it’s not just the AstraZeneca vaccine that is sending duped volunteers to the hospital with side effects — so has the Pfizer vaccine.

That said, the woman’s condition — transverse myelitis — is a devastating disorder known to be associated vaccines, and is very similar to autism — a demyelinating auto-immune attack of the neurons — the vaccine literally tricks the immune system into attacking the healthy nervous system.

Those who develop it often spend the rest of their lives in a wheelchair.

Another level of irony here is that in the Oxford trial, as we previously reported, the “control” group is being given a dangerous meningitis vaccine — and guess what a known cause of transverse myelitis is?  That’s right, meningococcal meningitis!

At the time, Oxford claimed that the reason they chose the meningitis vaccine for the control group was because its known side effects were similar to the side effects of the COVID vaccine — and now we know what they have in common — transverse myelitis.

Why is this important?  Because if someone who gets the COVID vaccine develops transverse myelitis, they can claim that some of those in the “control group” also developed it, thus “exonerating” the COVID vaccine — hoping, of course, you wrongly assume that the control group received a placebo rather than a dangerous vaccine.

And we also have to wonder why so many people have invested in AstraZeneca’s COVID vaccine hoping for a huge return despite the fact that the vaccine will allegedly be sold “not for profit”.

Yet this will be the vaccine of choice for the entire European Union — which has not only already committed to buy 300 million doses, but has given AstraZeneca blanket legal indemnification if anyone is injured by their experimental vaccine.

If this volunteer did indeed develop this dangerous spinal inflammation from the vaccine — (of course, she did) — how could AstraZeneca quickly isolate let alone “fix” the part of the vaccine that caused this serious problem?

The short answer is that they can’t — because it’s not caused by an adjuvant that can be removed — so they would have to scrap the vaccine and start over — but that is not an option with billions at stake — and the “small risk” to human life is going to be outweighed by the “greater good”.

In the end, AstraZeneca will announce that the woman is now “healthy” and her condition is not connected to the vaccine in any way — and they will continue the “promising” trials as is.