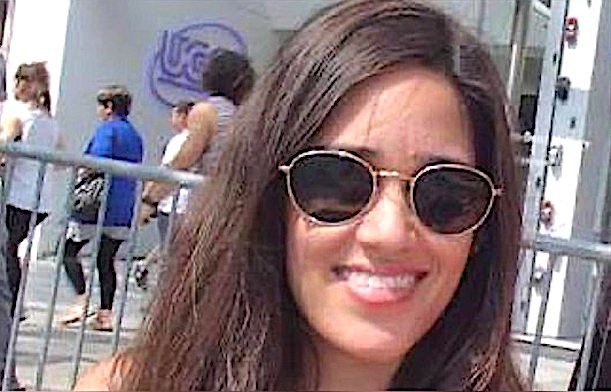 Noa Lifshitz-Shaked, 37, a resident of Hod Hasharon in central Israel and a mother to 3-year-old twins, was brought for urgent medical treatment to Meir Medical Center in Kfar Saba, partially conscious and suffering from very severe internal hemorrhaging which endangered her life:

Her condition was initially noticed by her father, who is by profession an operating room nurse.

Upon her arrival in the hospital, she underwent an emergency Caesarean section to deliver her baby, who was born in serious condition. While she was still in the operating room, hospital staff succeeded in stopping the hemorrhage and resuscitating the mother.

Afterwards, staff arrived from Tel Aviv’s Ichilov Hospital, hooked her up to an ECMO machine, and transferred her in critical condition to their general intensive care unit.

However, despite the Ichilov staff’s best efforts, which included two complex surgeries to save her life, Noa died a few hours ago, on Thursday morning. The baby, who was still in NICU at Meir, died during the course of Wednesday night.

Lifshitz-Shaked’s family said: “Noa was an amazing mother to Lani and Lori, and married with great love to Ido. She was a beloved sister to Lilach and the best daughter in the world to her parents, Tzippi and Ze’evik. Noa aimed for excellence in everything that she touched, with outstanding honesty and integrity. She was a talented and bright woman, with a great love of life.”

“At this difficult time for our family, we would like to thank the medical staff at Ichilov for fighting uncompromisingly for her life and the life of the baby. We will remember and love her forever, and we will continue her legacy and raise her daughters with great love.”

The Israeli Health Ministry recently pushed pro-vaccine propaganda to pregnant women, claiming that the vaccine-induced antibodies would be transferred to their unborn babies.

We know that there have been many cases already of these COVID vaccines causing internal hemorrhaging — because the vaccines trick the body into attacking the blood platelets, making it difficult or impossible to stop internal bleeding — even with massive platelet infusions.

We also know these mRNA COVID vaccines can act as abortifacients that cause stillbirths, as appears to be the sad case recently with a young nurse in Florida.

Radiant Israel — an Israeli religious group — recently issued a public warning about the COVID vaccination campaign — calling it “demonic” — and claiming that it could be “second” Holocaust.

Many Israelis believe that the Health Ministry is intentionally hiding the full extent of the severe side effects and death caused by the COVID vaccine — so much so that they’ve seen a huge drop off in demand for the second round of shots.

Another public interest group filed a lawsuit against the Israeli government with the International Criminal Court, alleging that the vaccination program is a “crime against humanity.”

What happens in Israel with its handling of the fake COVID pandemic is important to watch because it is clearly being held up as a role model for the rest of the world to follow.

So when Israel makes such preposterous claims that they are approaching national “herd immunity”, it could encourage other nations to follow the same, draconian measures — which will lead to more death and destruction of lives.