What Is The Real Reason Belgium Still Has A Military? 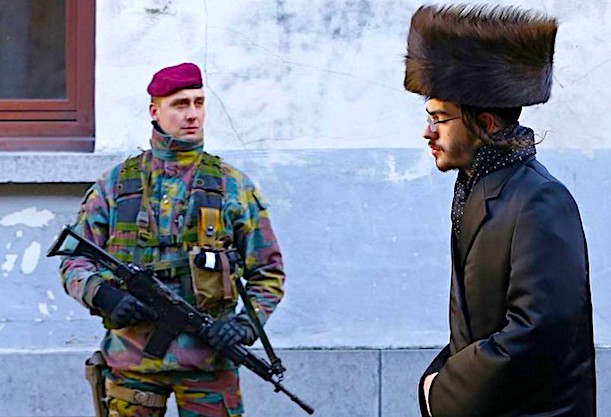 The Air Force announced that the Russian aircraft were two Russian Blackjack bomber planes and two Flanker fighters, sharing images of the combat jets on Twitter.

Reports that the Russian planes were flying in Baltic airspace unauthorised came at around 1:00 PM, according to Le Soir, triggering a military scramble which saw the Belgian F-16s quickly catch up with the Russian aircraft.

“Both F-16s professionally escorted the planes beyond the borders of NATO,” the Air Force said, according to the outlet.

The interception marks the first scramble of the Belgian jets since they were first deployed to Lithuania to protect Baltic airspace under a NATO agreement, since Baltic nations do not have combat aircraft.

The Russian aircrafts were reportedly intercepted because they did not have the authorisation to enter NATO airspace, a claim that Russian officials deny.

The Russian defence ministry said that the four fighter jets were flying above neutral waters, according to Le Soir, and confirmed that all four aircraft had returned to base.

Sure, if it weren’t for the fact that Belgium spends a whopping $5 billion per year on their tiny military, Russia just might have invaded western Europe this week.  Seriously, countries have militaries to protect their borders from invasion and to protect their economic markets.  Belgium has no borders as part of the EU, nor do they have control over their own economy because they no longer have their own currency, and its budget is largely decided by unelected EU bureaucrats in Brussels.

If Belgium has learned anything from the last two World Wars, it’s that it exists at the mercy of their much larger and vastly more powerful neighbors, Germany and France.  Belgium exists not because it can militarily defend its borders but rather from the noblesse oblige of their neighbors who essentially have tacitly agreed not to invade and take it over.

In the last five years, Belgium has been overwhelmed by an unarmed invasion of Muslim and African migrants who didn’t have to fire a shot to swarm through its cities and start converting Christian churches into mosques in conquered areas, and the Belgian military aided and abetted this invasion to ensure that it was done in an orderly fashion and without internal opposition.

Perhaps that’s the real reason Belgium still has a military: to keep the ethnic Belgians in line while protecting the hidden hand that is orchestrating the destruction of this disarmed and defenseless people from within.