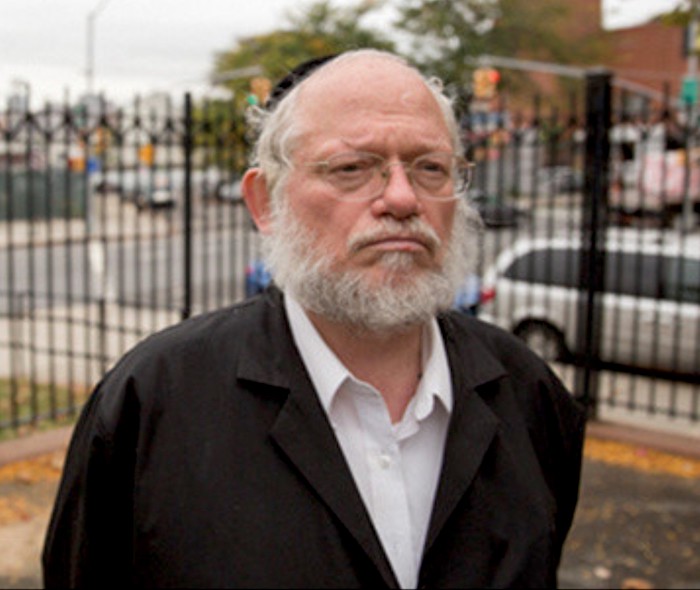 A member of Brooklyn’s Satmar Hasidim fundamentalist branch of Orthodox Judaism, Nuchem designs and repairs mikvahs in compliance with Torah Law. The mikvah is a ritual Jewish bathhouse used for purification. Devout Jews are required to cleanse themselves in the mikvah on a variety of occasions: Women must visit following menstruation, and men have to make an appearance before the High Holidays, such as Rosh Hashanah and Yom Kippur. Many of the devout also purify themselves before and after the act of sex and before the Sabbath.

Rabbi Rosenberg paused, gathered himself, and went on: “This boy was speared on the man like an animal, like a pig, and the boy was saying nothing. But on his face—fear. The old man [looked at me] without any fear, as if this was common practice. He didn’t stop. I was so angry, I confronted him. He removed the boy from his penis, and I took the boy aside. I told this man, ‘It’s a sin before God, a mishkovzucher. What are you doing to this boy’s soul? You’re destroying this boy!’ He had a sponge on a stick to clean his back, and he hit me across the face with it. ‘How dare you interrupt me!’ he said. I had heard of these things for a long time, but now I had seen.”

The child sex abuse crisis in ultra-Orthodox Judaism, like that in the Catholic Church, has produced its share of shocking headlines in recent years. In New York, and in the prominent Orthodox communities of Israel and London, allegations of child molestation and rape have been rampant. The alleged abusers are schoolteachers, rabbis, fathers, uncles—figures of male authority. The victims, like those of Catholic priests, are mostly boys. Rabbi Rosenberg believes around half of young males in Brooklyn’s Hasidic community—the largest in the United States and one of the largest in the world—have been victims of sexual assault perpetrated by their elders. Ben Hirsch, director of Survivors for Justice, a Brooklyn organization that advocates for Orthodox sex abuse victims, thinks the real number is higher. “From anecdotal evidence, we’re looking at over 50 percent. It has almost become a rite of passage.”

Not surprisingly, Rabbi Rosenberg fails to mention that the jewish “holy” book, The Talmud contains arguments from “learned” rabbis who condone child rape under “certain conditions,” that is to say, the younger the better.

The rationale is that raping a child under a certain age is not a big deal because they are too young to remember it.  This attitude obviously filters down and reaches the eager eyes and ears of degenerate Jews who are looking for any justification to fulfill their twisted fantasies.

But of course, Jews take great pride in being “relaxed” about sexuality, unlike the the “uptight” goyim who suffer from all kinds of neurosis because they believe that sexuality has an appropriate time and place in their societies.

Jews have been on the avant guard of sexual “liberation” promoting their gay agenda and now transgenderism, so it should come as no surprise that their own communities are now rife with pedophiles and child rapists.

The Jews more than anyone have become enslaved to their own unchecked sexual perversions.

And they sell this to the goyim as “freedom”.