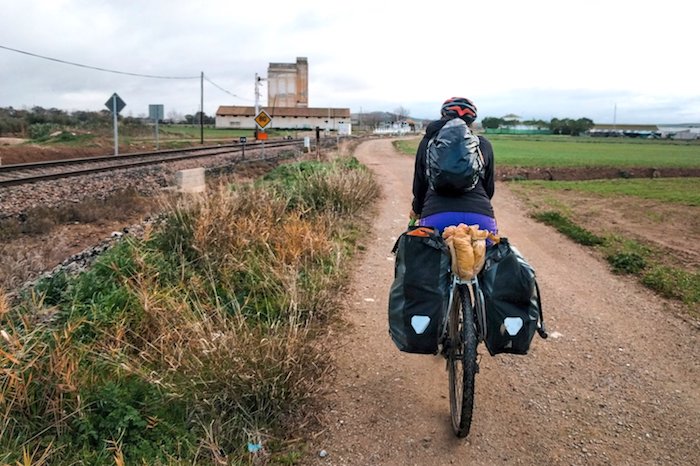 This kind of “senseless” violence is a common occurrence for idealistic Whites who have romantic notions of traveling the world and experiencing other cultures.  They are carried along by the idea that “we are all the same” until they meet head on with the brutal reality of this pernicious egalitarian myth:

The two American bicyclists killed in an attack in Tajikistan on Sunday were a couple from Washington, D.C., who quit their jobs to bike around the globe.

The couple, Jay Austin and Lauren Geoghegan, both 29, had been on the road for just over a year.

On their blog, they described the kindness and generosity of strangers around the world as they biked through Africa, Europe and central Asia.

There were hard days, setbacks and acts of cruelty, too — strangers who tried to run them off the road, or push them off their bikes.

But Austin wrote in April: “Badness exists, sure, but even that’s quite rare. By and large, humans are kind. Self-interested sometimes, myopic sometimes, but kind. Generous and wonderful and kind. No greater revelation has come from our journey than this.”

The Islamic State has claimed responsibility for the brutal attack that ended their lives, as well as the lives of two other foreign bicyclists. A car swerved to hit a group of seven bicyclists; assailants then jumped from the car and stabbed the bikers with knives. Three of the bicyclists survived the attack, which the State Department condemned as “senseless.”

These murders refute the idea that “badness” in the Third World is “rare”; in fact, it’s quite common.  Non-Whites see White tourists like this couple as cash cows, and they are often on their best behavior around them to seek whatever crumbs fall from the cake.  Because of this, they often treat White outsiders much better than they would treat each other, but the White tourists don’t see this – nor do they want to.

Luckily, because of unrestricted immigration from the Third World, idealistic young White people no longer need to travel to these far away lands–they can experience Third World violence in most American and European cities without leaving home.