White Christian Missionaries Under Siege as Haiti Erupts Into Violence 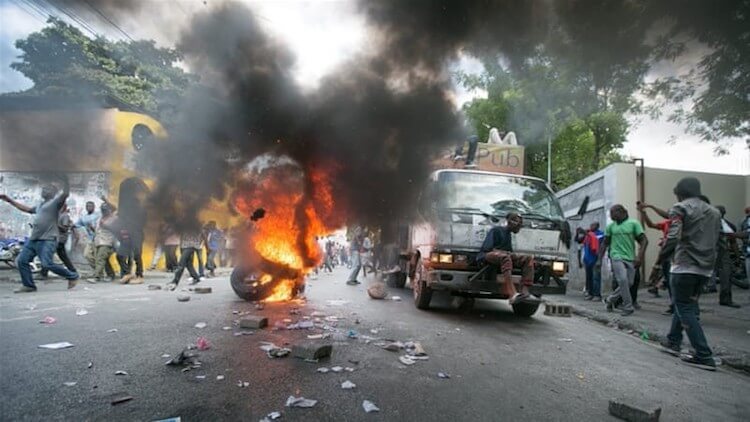 White Christian missionaries in Haiti are now under siege as the island erupts into yet another round of violence and chaos:

Friday was to be their last night of a week-long mission trip to Haiti. But as violent protests over sharply rising fuel prices shook the island nation, a dozen members of North Albemarle Baptist Church still took refuge Monday in an orphanage outside the capital city.

The Stanly County residents were among several church groups from the Carolinas stranded as protesters barricaded roads. Canceled flights only slowly began resuming.

“The main concern for our folks is food and clean water, and because of the rioting and violence they’re having some difficulty retrieving those things,” said the Rev. Brad Lynch, North Albemarle Baptist’s lead pastor. “Our team is booked on a flight for 9 a.m. Wednesday, but the concern for us is getting them to the aircraft.”

Plans to board a flight out Sunday were aborted when the group’s Haitian contacts found that armed civilians still barricaded roads and were charging tolls to motorists. The unrest left businesses burned and looted.

White Christians have been going to Haiti to help these helpless Blacks for almost 200 years, and have almost nothing to show for it.

Many have lost their lives trying to bring the light of civilization to these violent and primitive people to no avail. Haitians pretend to listen to well-meaning Christians only as long as the free hand-outs keep coming, but the second that missionaries turn their backs, the Haitians revert back to practicing voodoo. Perhaps Blacks are not mentioned in The Bible for good reason.