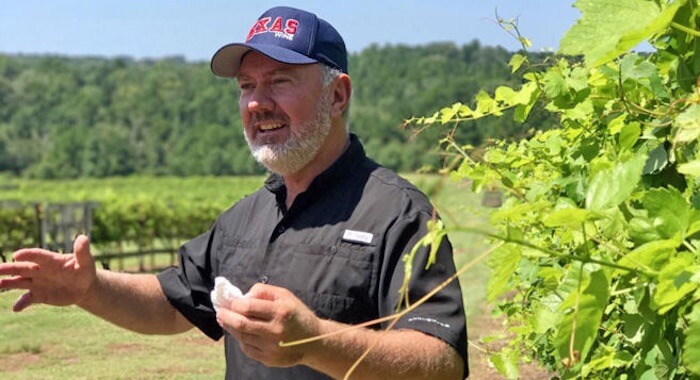 Harleton winery co-owner Altus Koegelenberg has spent the past two decades of his life taking one leap of faith after another.

Koegelenberg, co-owner of Enoch’s Stomp Vineyard and Winery in Harleton, first made the life-altering decision to sell his farm near Cape Town, South Africa, leaving everything behind to chase a better life in America.

“I farmed grapes, sweet potatoes, potatoes, onions and tomatoes in South Africa,” Koegelenberg said. “The farm was five generations in the family. I sold the farm in 2001. I didn’t want to stand with one foot in America and one foot in South Africa, and still have to worry about my farm there. It was really hard, but we sold it and started a new life here in America.”

While the decision to sell the farm was hard, Koegelenberg said he and his wife knew leaving their homeland was the best choice for their family.”

Without successful farmers, any society, no matter how advanced, will collapse.

Farmers are more important than doctors – because no doctor can heal mass starvation, and that is exactly where Black South Africa is headed. Every White country needs more farmers, and they should be welcoming any Boer with open arms.

These aren’t unskilled Mexicans who can only help harvest crops – these are the farmers with the know-how to run the entire enterprise. There is no down-side to taking as many of these farmers as want to come.