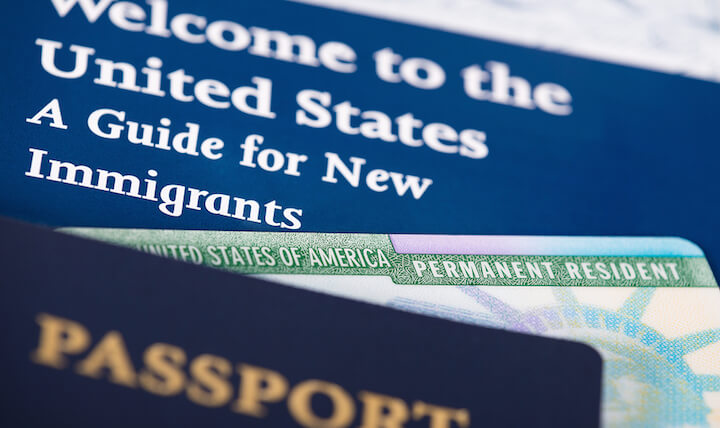 A White South African has recently been stripped of her US green card (residence permit) for answering a bureaucratic question incorrectly, while hordes of non-Whites continue pouring across the US-Mexico border. As reported here:

“My girl was studying in Canada. She got intimidated at the border and gave the wrong answer to her petty American inquisitor. So, she was quick-marched into a small booth and peppered with more questions meant to terrify…

Not by deceit did my child gain her green card. But by deceit is how the swarms on the border will get theirs. The squeaky wheels squatting on the southern border, funneled daily into the interior to create facts on the ground, are not refugees or legitimate asylum seekers. Rather, they are merely from what President Trump has termed “s–thhole countries.” By that criteria, Americans could be forced to welcome the world.

A refugee, conversely, is an individual who is persecuted on the basis “of race, religion, nationality, and/or membership in a particular social group or political opinion.” Like my South-African compatriots, who, every day, are culled like springbok in a hunting safari. But for South Africans, U.S. refugee and immigration authorities reserve their unalloyed prejudice.

Let’s be realistic. Aside from their demands, the hordes on the Southern border have nothing to offer the commonwealth.

Back to la bandida. Was my daughter allowed a phone call to her parents? No! What about access to an immigration attorney? No!

A well-behaved, legal resident, who did not enter the USA to cause trouble, this young lady obeyed the laws of the country. She did not defy its enforces. Timidly, she accepted her lot.

Our daughter had her hard-won green card stripped by state bullies because she gave the wrong answer to a trick bureaucratic question.”

If immigration policy were a strict meritocracy – based on valuable skills and achievements – only White people would qualify to enter America.

And if they let in a skilled South African, that’s tacitly admitting that Whites are being racially targeted by Blacks, and we can never admit that, because if we do, the whole marxist house of cards will collapse.