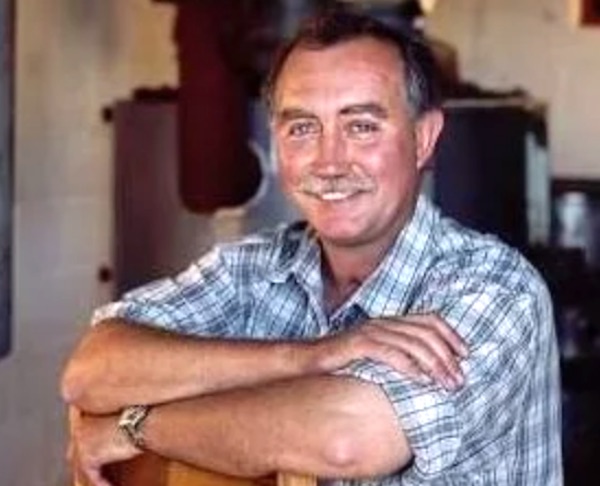 Stefan Smit, the owner of Louisenhof Wine Estates in Stellenbosch, who had been profiled by the New York Times concerning the murders of White South African farmers, was himself brutally murdered over the weekend:

Smit had gained something of a national profile after he was interviewed by the New York Times in March, speaking to the publication about the threat of land grabs on his property. The wine merchant had previously complained about how citizens from a nearby township had begun erecting shacks at the back of his farm.

The farmer was forced to get a court interdict against the squatters. Sadly, the letter of the law couldn’t prevent Smit from meeting a brutal fate. Police have confirmed that four armed men gained access to the wine estate via an unlocked door, before opening fire on the 62-year-old. His wife and a family friend survived the attack.

The Stellenbosch vineyard backs on to the township of Kayamandi. Over the course of a few months, a settlement bordering the farm was established. Although he had it dismantled by the Red Ants, the squatters were undeterred and rebuilt shacks on the fields. You can learn more about this from one of our previous articles on the matter.

When Smit spoke to the NYT, he gave a chilling prophecy on what he thought would happen if the dispute carried on. Within a few months of giving this interview, his worst fears have been realised.

“I, personally, can’t breathe here. They are bringing people down here like fodder. I have never spoken to the people myself, not directly. You don’t do that. It’s not un-dangerous. It’s not advisable. I have received threats before, where they said they would burn me alive,” Smit said in March 2019.

Smit was a member of Vinpro, the company who regulate the production of wine in the Western Cape. The Stellenbosch-based group Tweeted their condolences on Monday, while condemning “the senseless murders happening to SA’s farming community”.

Police are continuing their investigations, but haven’t yet made any arrests.

If the Police or courts couldn’t get these greedy, violent squatters off Smits’ land, why should we expect them to make any arrests or prosecute these butchers so severely that it could deter others like them from attempting another brutal murder?  Clearly, whatever “punishment” there is in South Africa for murder is a slap on the wrist to these Blacks.  If Whites were in control of their own country which they built, the punishment for murdering a farmer would be so severe that no Black would dare come near a White farm without permission, but that would be “racist”, of course.

In reality, Apartheid saved Blacks from themselves and from their own violent natures.  When you give Blacks freedom to roam around a country, they become their own worst enemies because they do not have the self-control or discipline not to steal anything not nailed down; to rape any woman who is not protected by armed guards; and murder any White just because the color of their skin reminds them of their own inadequacy and failures.  Blacks need Whites, not the other way around, and South Africa will be the next Zimbabwe, starving to death, if they don’t treat their White providers with the simple right to live and prosper.