Whites Leaving South Africa Even Before Their Homes Sell 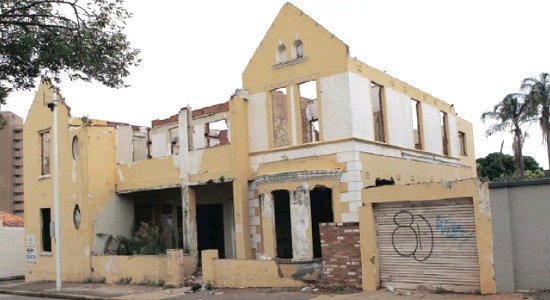 A growing number of White homeowners on Johannesburg’s East Rand are opting to leave their homes empty as they emigrate – with the hopes of selling the property at a later date:

Speaking to BusinessTech, real estate agents from the area said that this was likely due to a combination of factors – including a desire to leave the country, but being hamstrung by the fact that it is a buyer’s market and they had difficulty selling.

However, a number of Seeff agents across the country noted that while this was not unheard of, it was not the case for the majority of South Africans choosing to emigrate.

Below they outlined some of the biggest emigration-related sales trends in their respective areas.

About 5% of sellers in Centurion want to sell their property in order to emigrate, said Tiaan Pretorius, an agent with Seeff Centurion.

“While there is a slight uptick from people wanting to emigrate who live in affluent estates, it is witnessed throughout most of Centurion,” he said.

“The reasons for emigrating include personal views about the government and expropriation without compensation, crime, the current economic climate and better job opportunities.

“The countries they prefer to emigrate to include Australia, The UK, NZ and Canada.

“While it does happen very occasionally it is extremely rare for people to leave their homes empty before they leave. Most prefer to finalise their home sale before moving on.”

Charles Vining, Seeff’s MD in Sandton, noted that he has seen a number of homes sold in his area with emigration as a driving force.

“That’s not only due to crime rates or family ties abroad, but because the majority of homeowners in our area are professionals and have skills that are needed in foreign countries,” he said.

“From teachers and professors to audiologists, specialist doctors to bankers and attorneys.”

He added that there’s no specific country or continent that these South Africans were emigrating to – although English-speaking countries are prevalent choices.

“A fair amount of sellers are relocating to other African countries on expat contracts,” he said.

“We have not experienced homeowners abandoning their homes to emigrate. That would be financially devastating. Some homeowners however do need to move before a sale is concluded on their homes – due to work or school schedules.

This will become the norm rather than the exception in the future, as more and more Whites come to terms with the fact that South Africa is headed toward the abyss as Blacks acquire more political power.  It would be foolish to worry about selling a home rather than securing your safety and future.  When Blacks start to realize there are many of these empty homes, they’ll want to use squatters’ rights to claim them for their own — in the minds of Blacks, all White property was somehow stolen from Blacks in the past.

Blacks are rather dim-witted to think that they can call for the outright theft of White property without completely destroying the economy.  All economies function on the basis of confidence — without stability, economies eventually crumble into ruin, which is exactly what happens when Blacks take over anywhere in the world.  Not even other Blacks have confidence that Blacks can run an economy.  Black “economic theory” is based on theft — what’s yours is mine, and I’m going to take what’s yours until there’s nothing left to take.