Why Are Local Police Allowing Israel To ‘Help’ Investigate Stabbing At A New York Synagogue? 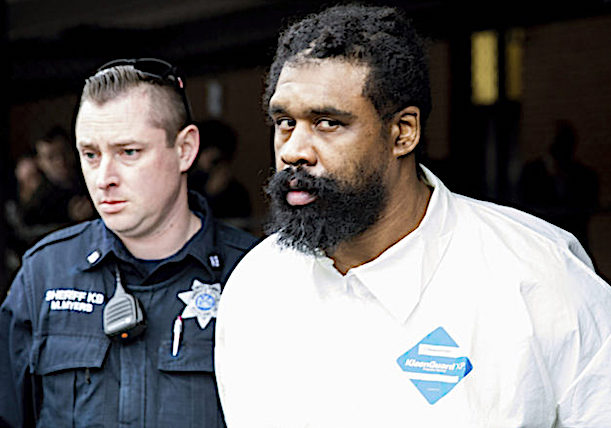 The State of Israel has promised to get involved with the investigation of a non-fatal stabbing in Rockland County, New York, where a deranged Black man walked into a rabbi’s home during a Hanukkah celebration Saturday night and injured five people who were taken to nearby hospitals, according to police:

The Orthodox Jewish Public Affairs Council for the Hudson Valley Region said in a tweet that victims inside the Monsey residence were Hasidic Jews. Two people are in critical condition, co-founder of the council, Yossi Gestetner, told CNN…

Rockland County — where the stabbing took place — has the largest Jewish population per capita of any US county, according to New York state . More than 30% of its residents are Jewish.

He said a suspect, described as a tall black man, was apprehended by police.

In response to the attack, Prime Minister Benjamin Netanyahu said Israel would work with local authorities to deal with incidents of anti-Semitism.

“Israel condemns in every sense the latest anti-Semitic incidents and the brutal attack in the middle of Hanukkah at the rabbi’s house in Monsey, New York. We send wishes for a speedy recovery to the injured,” he said at the start of the weekly cabinet meeting. “We will work together in every way with the local authorities in order to help eliminate this phenomena. We offer our help to all countries.”

Why are police in Rockland County allowing the ADL, a private non-profit jewish advocacy group, and Israel, a foreign nation, to participate in and potentially interfere with an investigation into a local stabbing?

So far there is zero evidence that this stabbing was ‘racially motivated,’ and yet Israel has presumed it to be an antisemitic ‘hate crime’ and is sending Mossad agents to basically make sure that the investigation leads to that conclusion.

Americans are being trained to accept the daily monitoring and interference of Israel and the ADL in every aspect of our lives.

It would appear that the State of Israel acts as a private police force which will investigate any crime against any Jew anywhere in the world.