Why The Bible Is Not A “Jewish” Book Here we present Bertrand Comparet’s sermon, “The Bible Is Not A Jewish Book” as a follow up to his sermon “Who Are The Gentiles” which we presented previously.

As it is with all of these sermons we present — whether by Comparet, Sheldon Emry, or others — it is not for the purposes to endorse every word and idea they propound, but rather we hope that they will help generate a dialectic that can help us move closer to the truth.

While Comparet is very effective in demonstrating the false doctrines held by the vast majority of so-called “judeo-Christians,” many of his own doctrines, which have become mainstays of Identity Christians, also need to be scrutinized thoroughly — especially concerning his presumptions of racial identity of certain groups.

For example, Comparet seems to suggest that all those who rejected Christ were non-Israelites — and that only non-Israelite “Jews” practiced the “traditions of the elders,” the occult Jewish religion of Babylon — neither of which is true.  The Israelite people had established a long history of practicing pagan religions, falling into idolatry — breaking the first commandment — it certainly wasn’t only racial Jews who indulged in these practices.

Today, the vast majority of Anglo-Saxon Israelites in Europe reject Christ and have fallen into apostasy, embracing in its stead Jewish liberalism, which is merely a secular version of the ‘traditions of the elders” — and they clearly do not hear His voice despite being His sheep.  Essentially, the majority of our people do indeed practice secular Judaism without knowing it.

Here is our transcript of Comparet’s “The Bible Is Not A Jewish Book”:

The statement is commonly made — even those who should know better — that we Christians owe a debt to the Jews, for we got our Bible and our religion from them.  While many people have been deceived into believing this, it is completely false.  Part of the mistake comes from the complete confusion in the minds of nearly all people as to just what they mean by “Jew”.

Are they referring to people of a certain race — or to people of a certain religion — for the two are not the same.  There are in Africa today, some pure-blooded Negroes who are Jews by religion, and there are in China today, some pure-blooded Mongolians who are Jews by religion.  Likewise, there are some people today who are of the racial of the stock of the Jews, but who have been converted to other religions — such as David Ben Gurion, for years the Premier of the Jewish nation in Palestine, who is by religion a Buddhist.

First let’s consider the claim we got our Bible and our religion from the Jews — as meaning Jews by religion.  Now it’s certain we did not get the New Testament from them — for it condemns the Jewish religion throughout all the New Testament.

But did we get the Old Testament from them?  No — for several reasons.  In the first place, no Jew by religion existed before the return from the Babylonian captivity — shortly after 536 B.C.  Their great historian Josephus — speaking of the time when they started to rebuild Jerusalem after their return from Babylon — says this:

So the Jews prepared the work. That is the name they are called by from the day that they came up from Babylon.

The only books of the Old Testament that were written after the return from Babylon are — parts of Kings and Chronicles, Ezra and Nehemiah — all of these four are historical rather than doctrinal — and Haggai, Zechariah and Malachi.  In none of these do the Jews receive anything but rebuke for their wickedness — for their apostasy from the religion of the Old Testament. 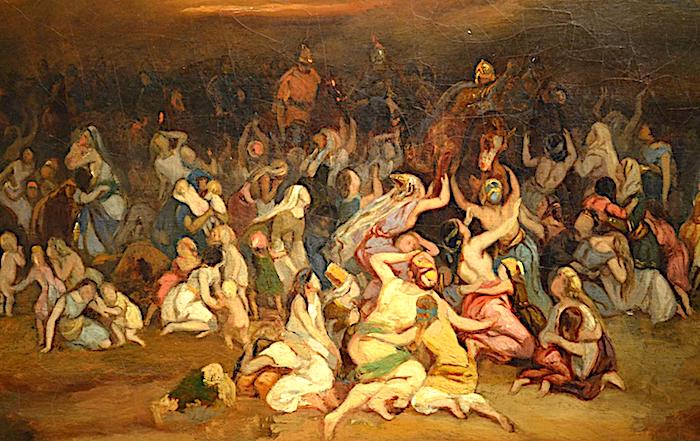 The late Rabbi Stephen S. Wise, formerly the Chief Rabbi of the United States, said this:

The return from Babylon — and the introduction of the Babylonian Talmud — mark the end of Hebrewism and the beginning of Judaism.

Judaism — the religion of the Jews — is — as the learned rabbi says — based upon the Babylonian Talmud, which contains the supposed “oral law,” which was never reduced to writing as part of the Bible — and which gradually gained greater force among the Jews than the written law in the Bible, with which it often conflicted.

In Jesus’s day, the Babylonian Talmud was known as “The Tradition of the Elders.”  This is why Jesus Christ told the Jews in Mark 7, verses 6 to 13:

Well hath Esaias prophesied of you hypocrites, as it is written, This people honors Me with their lips, but their heart is far from me.  Howbeit, in vain do they worship Me, teaching for doctrines the commandments of men. For laying aside the commandments of God…. that ye may keep your own tradition…making the word of God of no effect through your tradition which ye have delivered.

Ye do err, not knowing the scriptures, nor the power of God.

Woe unto you, Scribes and Pharisees, Hypocrites!  For ye pay tithes of mint, and anise and cumin and have omitted the weightier matters of the law, judgment, mercy and faith. 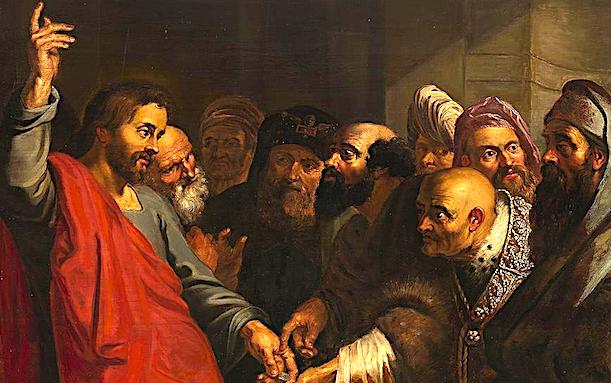 Well, then, can it be said we got our Bible or our religion of Christianity from men of the Jewish race?  No, it cannot.  It can be clearly proved — both out of the historic books of the Bible and out of the only thorough history of the times written by one living when the facts were still well known, which is Josephus’ Antiquities of the Jews — that the Jews were a people distinct and separate from God’s people Israel, although living among them. 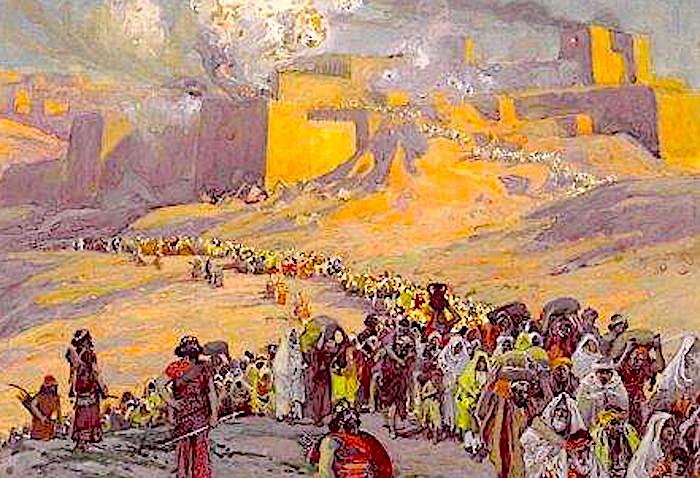 When the kingdom of Judah was later deported to Babylon for their seventy years captivity, their land was left with very little population.  And while they were gone, the Edomites — who were descendants of Esau mixed with Canaanite people — were forced out of their own land by pressure of invading Arab tribes — and they moved westward into the vacant lands of Judah, occupying the southern half of the former kingdom of Judah.

Therefore, when a portion of the two tribes of Judah and Benjamin returned from the Babylonian captivity, they were too few in numbers to drive out the warlike Edomites and had to try to squeeze into the very little territory they had left.  It was too small for them, so what was left of the tribe of Judah took the little territory remaining around Jerusalem — and the tribe of Benjamin was pushed to the north.  They couldn’t move just next door into Samaria because that was occupied by the people the Assyrians had settled there.  So Benjamin had to leapfrog over them into the vacant territory of Galilee.

That the apostles and the majority of Christian converts came from the Benjaminites of Galilee should not surprise us.  For when the kingdom was split in two upon the death of Solomon, God said that He would leave Benjamin with Judah so that the house of David should have a light before them.  And in Christ’s time, the people of Benjamin were still the light bearers. 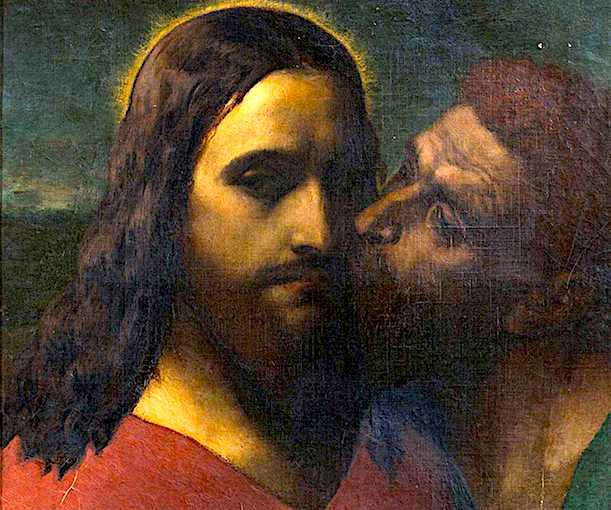 This is confirmed by Jesus Christ himself — in Matthew 15, verse 24, He said,

I am not sent but unto the lost sheep of the house of Israel.

In the tenth chapter of the gospel of John Jesus tells the Jews,

I am the good shepherd and I know My sheep and am known by Mine.  But ye believe not because ye are not of My sheep, as I said unto you.  My sheep hear My voice and I know them and they follow Me.

From the Savior’s own lips we have the proof that the Jews are not of any of the tribes of Israel.  Note carefully that He does not say that their unbelief keeps them from being of His sheep.  He says the exact opposite — that the reason why they do not believe is that they are not of His sheep — not of the house of Israel. 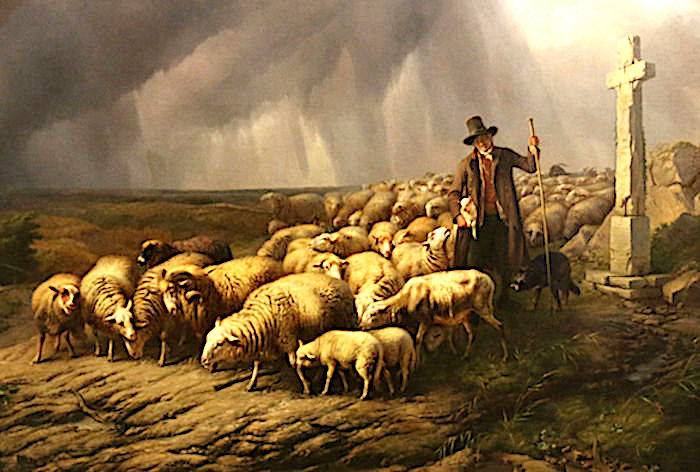 Christianity and Judaism are completely and irreconcilably inconsistent.  Whichever one is right, the other must be wrong — for they are mutually repudiating each other.

A great part of Jesus Christ’s reported words are his denunciation of the Jews for their religion, which He tells them is not that of the Old Testament. In John 5, verse 46, Jesus told them

Had ye believed Moses, ye would have believed Me: for he wrote of Me.

If they hear not Moses and the prophets, neither will they be persuaded though one rose from the dead.

He was right — He did rise from the dead, but to this day they are not persuaded.  It is clear, therefore, that we did not get either our Bible or our Christian religion — either in whole or in part — from those who were Jews, either by religion or by race.

You can listen to Comparet’s sermon here: