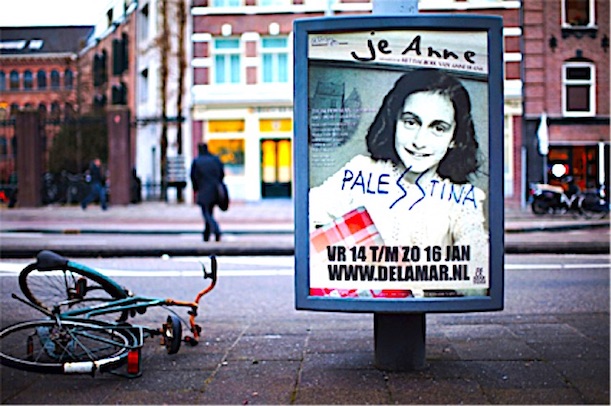 If we are to believe newly released statistics, even the politically-correct liberal utopias like the Netherlands are seeing an unprecedented rise in antisemitism, but government ‘experts’ are quick to point out that it has nothing to do with the ongoing Israeli genocide in Palestine or jewish behavior in general:

The number of anti-Semitic incidents reported to the Netherlands’ information and documentation center on Israel CIDI last year increased by a massive 35 percent compared to the year before. CIDI received 182 reports of discrimination against Jewish people – the highest number since the center started keeping track 30 years ago, NOS reports.

In 2014, CIDI saw a peak in anti-Semitism reports at 171 incidents. “At the time, the anti-Semitism was related to the flare-up of te conflict between Israel and Hamas in Gaza. There is no such link in 2019,” the center said. The number of incidents decreased to 126 in 2015 and 109 in 2016, after which they started to increase again.

Last year there were particularly more reports of insults, increasing from 18 in 2018 to 44 in 2019. CIDI did not include anti-Semitic expressions on social media, though the center is concerned about it. “Social media companies are still taking too little action against anti-Semitic and other racist expressions on their platforms.”

CIDI fears that its figures are just the tip of the iceberg. “What makes the increase all the more poignant is that victims of anti-Semitism rarely make a report to the police, because the fear that a report will lead to nothing.

While the liberals in the Dutch government completely deny there is any connection between massive Muslim immigration and the rise of antisemitism, their so-called ‘right-wing’ politician, the ultra-Zionist, Geert Wilders, claimed in this recent speech that Islam is the cause of Muslim antisemtism, not jewish-Israeli behavior:

Madam Speaker, it is almost nauseating. We’ve been talking about antisemitism here in the Lower House for about ten minutes now, and nobody — really nobody — has discussed the biggest cause of antisemitism, which is, of course, Islam and islamization.

Neither GroenLinks, nor the SP, nor D66, but neither this minister of the CDA, the party who is responsible for the Netherlands being islamized. That we have a million Muslims in the Netherlands right now, madam speaker, and Islam is synonymous with Jew hatred.

So I ask the minister, ‘If you are honest, then you acknowledge that Islam is the most important perhaps not the only, but most important cause of antisemitism. And you must stop your open borders policy and stop cramming this country with even more Muslims because otherwise you will ensure that antisemitism continues to grow, and the Jews fled our country screaming….

What a very cowardly and weak story from this minister. Again, he simply denies that Islam is intrinsic to Jew hatred. In the Quran, Mr. Minister, it says that Jews are monkeys and pigs. That they are bad, that they cannot be trusted, that they are liars, that they are dishonest. And your comparison with that terrible fascism. Yes, indeed, the Quran contains 10% antisemitism. That is much more than ‘Mein Kampf’.

So Islam, the Quran is full of Jew hatred, and I ask again, ‘Do you honestly admit that there is a connection between mass immigration of people from Islamic countries and antisemitism here?’ And that the solution to antisemitism must also be sought in the de-islamization of the Netherlands?’ If you do not, you are selling politically-correct nonsense.

Jews in Europe pushed for open borders knowing full well that it would mean flooding western Europe with antisemitic Muslims who resented Jews for orchestrating the genocide in Palestine and the never-ending nation-wrecking wars in the Middle East.

The Jews obviously felt that the benefits of flooding Europe with Muslims and thus destroying the White European race far out-weighed the small amount of Muslim antisemitism or ‘resentment’ they would experience in doing so.

And Jews have candidly admitted that they flooded Europe with Muslims in order to distract White Europeans from questioning the jewish hidden hand in the destruction of our lands.

The jewish political agitator, Barbara Lerner Spectre, laid this plan out in the following now infamous interview on Swedish television:

Someone should remind Geert Wilders that jewish scribes wrote the Koran for the illiterate ‘prophet’ Mohammed, which explains why Jews are far more accepting of Islam than they are of Christianity.  Fundamental Muslims and Jews both view Christians as infidels and idolators who should be put to death.

And it is this ancient hatred of Christ and His followers that has created so much of the alleged ‘antisemitism’ in today’s western Christian nations.  It has always been Jews themselves that are the cause of antisemitism, which is why antisemitism decreases as the jewish population decreases.

When Jews, like the rabbi in the following clip, spew such vicious hatred of Christ while living in our Christian nations, it is only natural that Jews open themselves up to be attacked in kind, and yet just by quoting this vile hatred of Christ, we are somehow guilty of ‘antisemitism’:

Jesus in the Talmud