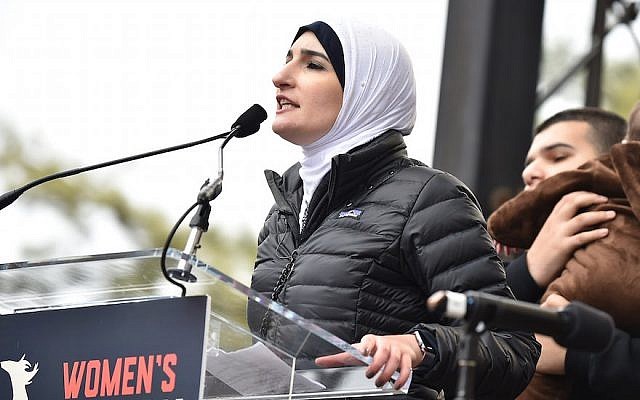 The founder of the Women’s March, Teresa Shook, has leveled serious allegations against its rainbow coalition of leaders, calling them out for their associations with known antisemites, homophobes, and racists:

Teresa Shook, who first came up with the idea of a Women’s March on the day after Donald Trump’s inauguration in 2017, called out its four leaders – Bob Bland, Tamika Mallory, Linda Sarsour and Carmen Perez – for allowing “anti-Semitism, anti- LBGTQIA sentiment and hateful, racist rhetoric to become a part of the platform by their refusal to separate themselves from groups that espouse these racist, hateful beliefs.”

At least two of the leaders of the Women’s March – Ms Mallory and Ms Sarsour – have previously associated with Louis Farrakhan, leader of the “Nation of Islam” hate group, a vocal antisemite who recently compared Jewish people to termites.

To date, neither Ms Mallory or Ms Sarsour have apologised for their connection to Mr Farrakhan, and the Women’s March has failed to disassociate itself from him or reject him, instead saying his “statements about Jewish, queer and trans people are not aligned with Women’s March Unity Principles.”

Ms Shook accused the four leaders of having “steered the Movement away from its true course. I have waited, hoping they would right the ship. But they have not.

“In opposition to our Unity Principles, they have allowed anti-Semitism, anti- LBGTQIA sentiment and hateful, racist rhetoric to become a part of the platform by their refusal to separate themselves from groups that espouse these racist, hateful beliefs.

“I call for the current Co-Chairs to step down and to let others lead who can restore faith in the Movement and its original intent.”

In response, the four Women’s March leaders accused Ms Shook of having “weighed in irresponsibly, as have other organizations attempting in this moment to take advantage of our growing pains to try and fracture our network.”

However, Mercy Morganfield, former head of the Washington DC chapter of the group, published a Facebook message saying she agreed with Ms Shook.

Ms Morganfield said: “Tamika and Linda have betrayed all women by their subservience to radical religious beliefs that do not believe in equal rights for women.

“Tamika wrote about ‘enemies of Jesus’ just as any right-wing antisemitic establishment would write.”

Speaking “as an African American”, she added: “This is what happens when four tokens are chosen.

“They were handpicked to make the movement look less white. That is not intersectionality. That is tokenism. And tokenism attracts predators.”

Because of its insistence on “inclusion” and “diversity”, feminism is destined to fail.  White women are finding themselves marginalized by a movement that has no chance of survival without them, and hopefully this will turn out to be a positive step for them as they, too, realize that the whole point of jewish feminism was to destroy the White Christian family which has been the basis of our society from the very beginning.  As more and more White feminists come under attack simply for being White, they will have no choice but to become racially awake to this war against their very existence.

Aside from their basic biology, White women have nothing in common with women of other races, and the sooner they understand this the better it will be for their mental, emotional, and spiritual well-being.  White women who insist that “women of color” have an equal voice in how they live their lives will soon discover that once in power, this colorful coalition is going to call for their removal and silencing to “correct past wrongs.”  It’s time White women put their trust back into White men where it belongs.