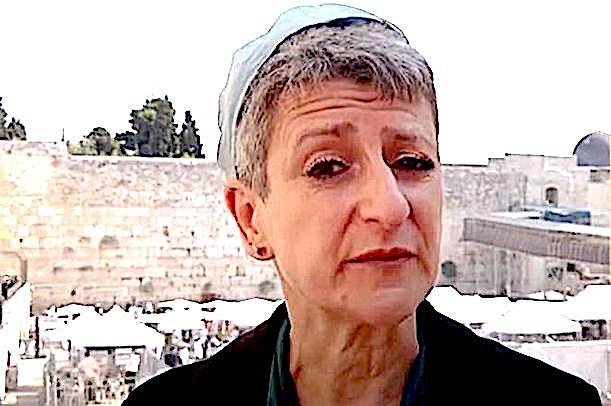 Seeking the “forgiveness” of the LGBT communities, the Global Interfaith Commission on LGBT+ Lives — co-chaired by Rabbi Laura Janner-Klausner — has called for an end to the criminalisation of people on the basis of sexual orientation or gender identity and to attempts to suppress their identity through “conversion therapy”:

The 370 signatories to the 10-point “Declaring the Sanctity of Life and the Dignity of All” say they:

Its 40-plus signatories from the UK are mostly Reform or Liberal rabbis but include Rabbi Eryn London, who was ordained at the Orthodox women’s academy, Yeshivat Maharat, in New York.

Its international signatories include a number of Orthodox rabbis including Rabbi David Rosen, who is originally from the UK and is now international director of inter-religious affairs for the American Jewish Committee, the founder of Clal, Rabbi Yitz Greenberg and Rabbi Asher Lopatin, of Kehillat Etz Chaim, an open Orthodox synagogue near Detroit.

The launch includes a conference sponsored by the Foreign, Commonwealth and Development Office and a celebration at Westminster Abbey.

That this declaration of abomination is given the imprimatur of Westminster Abbey — the traditional seat of the Church Of England — appears inevitable considering that the Archbishop of Canterbury, Justin Welby, is a Jew who approved of transgender baptism in 2018.

And it was this same Jewish “Archbishop” who blamed Christianity itself for contributing to the so-called “Holocaust” — Jewry’s bludgeon to destroy all Christian nations and usher in the anti-Christ — ultimately replacing the suffering of Christ with the imaginary sufferings of the eternal 6 Million™.

And when you combine sodomy with the Holocaust — you create the ultimate victimhood with which to shame God — thou shalt not deny the sodomite Jew his status as the world’s ultimate victim.

Paul warned us that there would be many Welby’s to come,

Take heed therefore unto yourselves, and to all the flock, over the which the Holy Ghost hath made you overseers, to feed the church of God, which he hath purchased with his own blood.  29 For I know this, that after my departing shall grievous wolves enter in among you, not sparing the flock.  30 Also of your own selves shall men arise, speaking perverse things, to draw away disciples after them. (Acts 20:28-29)

The Christians of Spain failed to rout them out because the Church appointed racial Jews — conversos — to investigate Jewish subversion of the faith — culminating in the subversion of the “purity of blood” doctrine.

And when the anti-Christ enters the sheepfold, it is inevitable that God who must grovel at the feet of the sodomites and beg for their forgiveness.