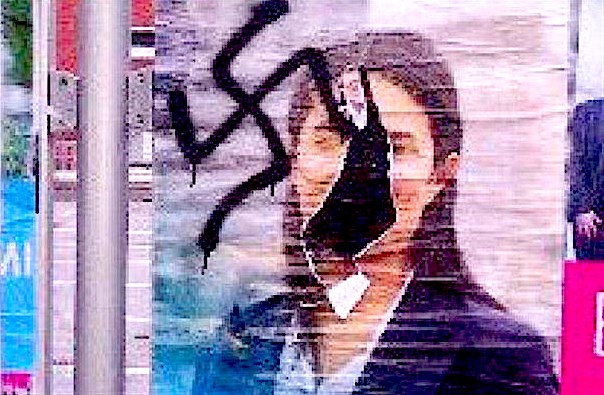 “The many anti-Semitic and racist inscriptions on the posters of candidates of Jewish origin in France deserve sweeping condemnation,” he said.

“These demonstrations of hate are outrageous and unacceptable. I am very concerned about the continued hatred of French and European society as a whole.”

“Like the other viruses, governments, education professionals and law enforcement authorities must fight against anti-Semitism, defend democracy and find a cure for this malignant disease: anti-Semitism.

“I strengthen the hands to our Jewish brothers and sisters living in France and, after all, urge them to continue to raise their heads with Jewish pride.”

It appears that the Jews are jealous of all the attention that the coronavirus is getting, and they don’t want people to forget that, ultimately, it’s all about them.

So while scientists work feverishly to find treatments and cures for the cornonavirus, everyone else is obligated to find a cure for ‘malignant antisemitism’.

Of course, the presence of antisemitism in society could very well be a sign that is still relatively healthy and still has a strong will to survive.

If you want an example of a society without ‘antisemitism’, look at the brutal jewish-controlled Soviet Union which murdered 60 million Christians in a vain attempt to eliminate ‘antisemitism’.

Apparently, it’s ‘antisemitic’ to warn the French voters which candidates for public office are Jews — after all, in the Soviet Union to even notice that someone was jewish was considered a capital crime.  It’s coming if they get their way.