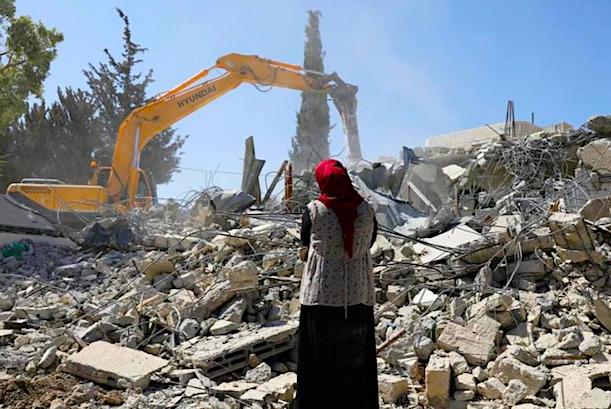 O’Brien defended Trump’s Mideast peace plan, which was embraced by Israel but rejected by the Palestinians. O’Brien said the plan is not “perfect,” but urged the Palestinians to negotiate terms of the proposed deal. The deal offers economic benefits that would allow Palestine to become the “Singapore of the Middle East,” he said…

“This could be the last opportunity for a two-state solution,” O’Brien said at the Meridian International Center. “The Israeli birth rate is strong and is growing because sadly anti-Semitism in Europe and other places around the world is encouraging more Jews to return to Israel. The settlements are going to continue to expand. If this freeze on settlements doesn’t hold. If this peace process doesn’t work, it may be physically impossible to have a two-state solution.”

It was unusual for a high-level administration official to tie anti-Semitism to the settlements. The Palestinians, as well as much of the international community, view the settlements in the West Bank and annexed east Jerusalem — territories seized by Israel in the 1967 war — as illegal and a major obstacle to peace. But O’Brien’s comments are in line with the Trump administration strongly favoring Israel in the longtime conflict.

The jewish-controlled press worldwide is constantly crying about the ‘unprecedented’ rise in antisemitism in order to convince as many Jews as possible to make aliyah to Israel.

That’s what the World War II Holocaust propaganda was all about.  The only place in the world that Jews are ‘safe’ from antisemitism is Israel where all the surrounding Arab states apparently want to ‘wipe it off the map’.

Of course, the Israelis are perfectly capable of building high-rise apartment buildings to house all the new Jews moving to Israel so that they don’t have to expand outward and steal more Palestinian territory.

But that would be ‘antisemitic’ for ‘force’ Jews to live in luxury high-rises like they do in New York, Chicago, and Miami.

But the reality is that most Jews have no interest living among other Jews in Israel.  Jews prefer living among the antisemitic goyim where the living is easy, even if we do make them feel like ‘hairy monkeys‘.