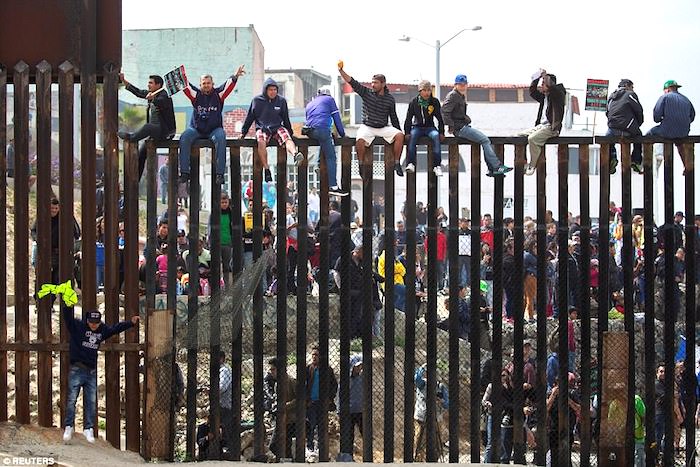 A recent joint study by researchers at Yale and M.I.T. has concluded that there is double the number of illegal migrants in the U.S. than is currently acknowledged by government and media “experts”:

The higher illegal population estimate helps explain why Americans’ wages and salaries have risen so little amid apparently record-low unemployment rates, and it also undercuts companies’ loud demands for yet more immigration of foreign workers, consumers, and renters.

The population estimate also raises the political and economic stakes of any amnesty legislation. In 2014, public opposition blocked the bipartisan, establishment, media-boosted Gang of Eight bill, which claimed to offer an amnesty to just 11 million migrants. Currently, advocates for a ‘Dream Act’ amnesty claim it will provide green cards to roughly 3 million sons and daughters of illegal immigrants.

…The academics expected their techniques to show the population is smaller than the consensus estimate of 11.3 million. “Our original idea was just to do a sanity check on the existing number,” said Edward Kaplan, operations research professor at Yale. “Instead of a number which was smaller, we got a number that was 50 percent higher. That caused us to scratch our heads.”

..The study does not examine the number of illegal white-collar workers. That calculation is difficult because academics have not even counted the number of resident white-collar visa-workers, such as L-1 and H-1B visa holders. Breitbart News estimates that U.S. companies employ roughly 1.5 million white-collar visa workers in jobs that are sought by U.S. college graduates.

Four million young Americans will join the workforce this year, but the federal government will also import 1.1 million legal immigrants, and allows an army of at least 2 million blue-collar and white-collar visa-workers to work U.S. jobs, alongside asylum-claiming migrants and illegal aliens.

So it took a group of IVY League academics to tell us what we already knew.  The government has been claiming that the U.S. has 10 million illegal aliens living here for the last 30 years — and want us to believe somehow that that number has not grown during that time when the border has been literally open and unguarded.  But even this new study is an under-estimate of the damage.

Yes, these illegal invaders are depressing wages and increasing crime wherever they live, but worse than that it that they will eventually make their way into the White gene pool, and dilute it.  And once it’s diluted, full-on Bolshevism is not too far behind.  The Nation Wreckers know this, which is why they’ve made it the ultimate “hate crime” to even discuss our own gene pool.