Yet Another Leftist Jew Is Appointed Head Of U.K.’s Index Against Censorship To Protect ‘Free Speech’ 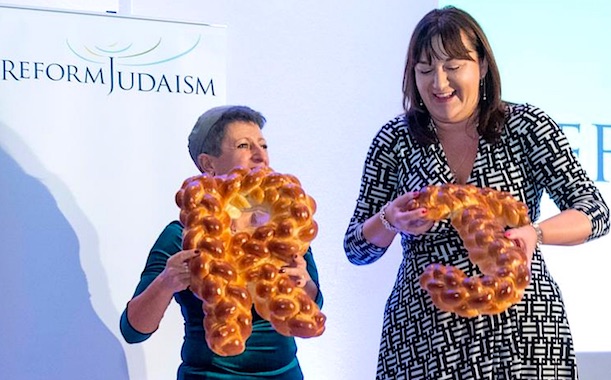 Ruth Smeeth, the unapologetic Zionist and former Labour MP, has begun a new role as chief executive of the Index Against Censorship, an organization which allegedly champions free speech but only as long as it doesn’t conflict with their radical Leftist agenda:

The former Stoke on Trent North MP and Jewish Labour Movement parliamentary chair began her new job on Monday having previously been one of Jeremy Corbyn’s most outspoken critics over his failure to tackle antisemitism.

Ms Smeeth wrote on social media of her new job: “Across the UK and around the world, free speech is under attack — and we need to fight to protect it. I can’t wait to get stuck in”.

The Conservative MP (((Tom Tugendhat))) said of Ms Smeeth’s new role: “This is a great appointment at an important time for free speech.

“Ruth Smeeth has shown she has the courage to speak out and will no doubt continue to do so. This is good news, whatever side of any argument you’re on.’’

She told the Evening Standard: “If I’ve learned anything over the last five years it’s how important genuine free speech really is, how important facts are and how lucky we are in the UK to have a free press.

“As we’ve seen in recent months — from Covid-19 and Black Lives Matters to trans rights and the Hong Kong protests — the debate on free speech as been at the heart of public conversation.”

Index On Censorship’s chair is Trevor Phillips OBE, who is currently suspended from Labour over allegations of Islamophobia.

Ms Smeeth replaces previous chief executive Jodie Ginsberg, who stepped down after five and a half years in the role.

This appointment of the multi-chinned Smeeth is a classic example of the wolf guarding the sheepfold.

The so-called Index On Censorship was originally founded by dissident Jews who fled the former Soviet Union for England, and brought their radical socialist agenda with them.

Its founders, organizers, and leaders read like a Who’s Who of Radical Jewry: Stephen Spender, Larisa Bogoraz, Yehudi Menuhin, and Pavel Litvinov.

Jewish red diaper baby David Aaronovich is on the Board of Directors.

When this group monitors censorship, it’s a kosher-certified one-way street — they are concerned only with the censorship of radical Leftist speech and ideas — anyone who wants to preserve the White British people or even their cultural symbols is smeared in typical Soviet-style manner as racist, xenophobic, reactionary, or preferably antisemitic.

Historically, Leftist Jews have always been the loudest advocates of “free speech”, that is, until they become firmly entrenched in power, at which point they start smearing any speech that opposes their radical agenda as “hate speech” which they will censor using the full force of the law, including sending people to jail if need be.

Their draconian media playbook is straight out of Machiavelli.

These radical Jewish elites put an end to Muslim violence and terrorism sweeping across England simply by censoring any mention of it in the press — and the Index didn’t object — because that would have been ‘islamophobic’.

Yes, free speech is under attack in the U.K. — by those whose job it is to defend it.