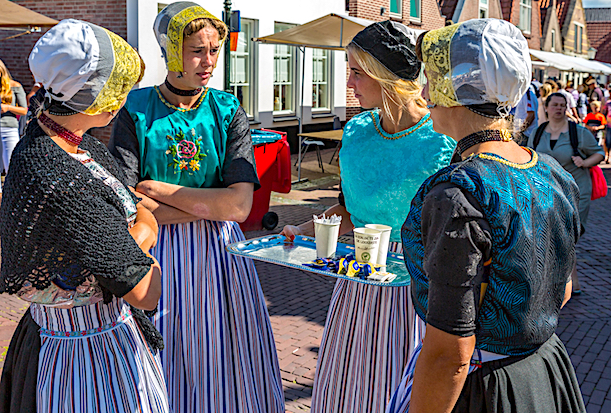 Young Dutch people in their 20s and 30s are far more conservative when it comes to issues like abortion and euthanasia than the generations before them, according to researchers at Tilburg University, breaking the long-standing trend of becoming more and more progressive, the researchers conclude:

The researchers used data from a European study that has been running for almost 40 years. Nearly 7 thousand Dutch people gave their opinion on issues like abortion, euthanasia, suicide and homosexuality over the years. The vast majority, including the younger generation, have little issue with these topics and acceptance has grown across the board. Roughly 75 percent of Netherlands residents are positive about free choice on abortion, for example. But for the first time in the past 40 years, the younger generation is less progressive than the generations before them.

“Younger generations seem to be looking for a new structure to hang their identity on“, sociologist Quita Muis said to the newspaper. “In that they end up with things from the past.” The researchers call it a “new conservatism” that is independent of religion. In the past, older generations were more conservative largely due to church influence.

Muis thinks it is too early to say whether a conservative wind is starting up in the Netherlands, as is already blowing in the united States. “But the trend that the Netherlands is becoming increasingly progressive has clearly stopped.”

Of course, this study does not account for race, and the huge influx of Muslims into the Netherlands largely rejects the central dogma of judeo-liberalism, such as feminism, abortion, and homosexuality.  But Islamic “conservatism” should never be conflated with Christian conservatism as they are fundamentally different and irreconcilable.

But note that the study makes it clear that this young “conservative” generation isn’t yet religiously affiliated.  It appears to be just an innate and inevitable rebellion against the aggressive progressive agenda that has had the country in its iron grip since the end of World War II.

In reality, ethnic White people are by nature conservative and will embrace liberalism only through aggressive and relentless propaganda which runs against their own self-interest and long-term survival.

But this “non-religious” conservatism will ultimately lead to a rediscovery of their Christian heritage and roots, which is the greatest fear for the nation-wrecking socialists like George Soros.

As an astute 20th Century philosopher once observed, “History is a struggle between Christ and Marx.”