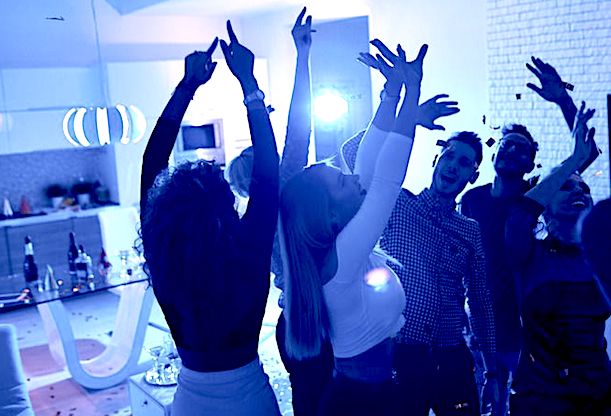 A young ‘conspiracy theorist’ in San Antonio has allegedly died of coronavirus after trying to intentionally catch the disease at a ‘Covid party’ to prove it was a hoax:

The unidentified victim, who was in their 30s and from San Antonio in Texas, spoke of their regret to a nurse after testing positive for Covid-19 and being rushed to hospital, where they later died.

Dr Jane Appleby, from Methodist Healthcare said: ‘Just before the patient died, they looked at their nurse and said “I think I made a mistake, I thought this was a hoax, but it’s not.”‘

Dr Appleby also spoke of her horror at hearing how the Covid-19 victim had attended a party with someone who tested positive for the disease in a bid to disprove experts’ warnings about the danger coronavirus poses.

She told News4SA: ‘This is a party held by somebody diagnosed by the Covid virus and the thought is to see if the virus is real and to see if anyone gets infected…

‘It doesn’t discriminate and none of us are invincible. I don’t want to be an alarmist and we’re just trying to share some real-world examples to help our community realize that this virus is very serious and can spread easily.’

Texas has seen a massive surge in coronavirus cases since mid-June, and has now recorded more than 250,000 diagnoses, and over 3,100 deaths. Governor Greg Abbott has ordered his citizens to wear a mask in public, after being criticized for reopening the Lone Star state too early.

If you listen to Dr. Appleby’s statement (below), you’ll realize that she’s repeating a rumor, not stating a confirmed fact — “I heard a heartbreaking story…”

She claims she heard this story from a nurse who allegedly was at the victim’s bedside right before he died — which is laughable, and reeks of a bad Hollywood script — the deathbed confession or regret that they didn’t listen to the ‘experts’.

If this were real, they would have not only identified the victim, but they would have also publicized the address of the alleged “COVID Party” to warn anyone else who was at that party to immediately go to a hospital and get tested.

There would be an official investigation of the party, along with contact tracing to locate everyone who was at that party.

But this story doesn’t mention any of that, of course — which, in the real world, it would.

But none of that happened because this whole story is just that — a psy-op to create fear in everyone, regardless of age, especially the young, whose chances of dying of this “virus” are virtually nil, according to previous statements by ‘experts’.

The vast majority — over 80% — of deaths of this alleged virus are the elderly with life-threatening pre-existing medical conditions who would have died anyway.

The medical ‘authorities’ used the same fear factor during the fake HIV=AIDS psy-op — they convinced the general public that AIDS was not just a ‘gay plague’ (which it was) and that everyone was at risk — but by the CDC’s own statistics, the chances of a White heterosexual contracting AIDS was only one in fifty million — which means it can’t happen.

But this ‘pandemic’ was never about reality — science has been replaced by opinions and hearsay — and ‘what if’s’.