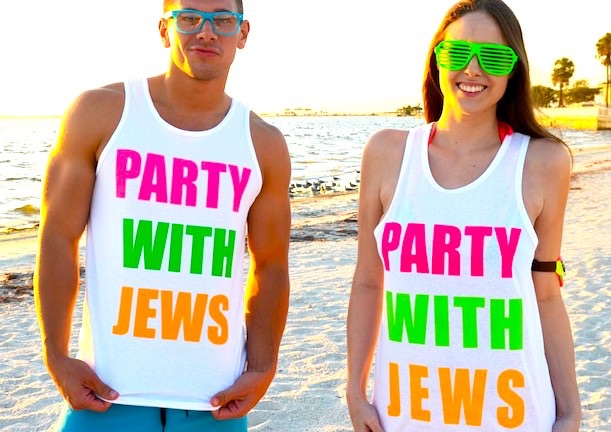 Not a day goes by without Jews being shot in their synagogues, stabbed, bludgeoned by blocks, physically attacked, pushed to the ground, spat on, cursed, graffiti on the walls of Jewish institutions, graffiti on the walls of synagogues; victims killed, maimed for life, traumatized, hospitalized, extended rehabilitation and the list goes on and on.

Pittsburg, Ohio, California, Brooklyn, and the list of locations goes on and on. Older hassidic Jews, young Orthodox Jews, Conservative Jews, Reform Jews, non-affiliated Jews; they are all targeted irrespective of their level of Jewishness, irrespective of whether they look or act Jewish; they are preyed upon only because they are Jews….

The daily incidents now pass without much notice, a steady, and acceptable level of violence and hate targeting Jewish people anywhere and everywhere is seemingly quietly condoned and accepted as a daily fact of American life.

Where are the powerful Jewish American organizations that are always at the forefront of helping others; Women’s March, Me Too, Black lives Matter, Gays, Latinos, Southern Border, and the list goes on and on. We Jews are always there to be the first to extend a helping hand. Donate funds, arrange media attention, pull strings with politicians, enlist leading newspapers…

Yet when it comes to defending American Jews against the spiraling epidemic of physically violent anti-Semitic attacks against Jews, there is a deafening silence. Jewish organizations which were built for the precise purpose of navigating times like these are to a large extent inadequate, unresponsive, and restrained as if they do not want to rock the boat, as if they are careful not to demand accountability from those that are entrusted to protect us.

Too many of these Jewish organizations are operating with a myopic moral compass that guides their largely pathetic indifference. They deny the urgency of the clear and present danger that threatens the wellbeing of American Jews.

Sadly, we the Jewish people are complicit in our own victimhood, making excuses for, and throwing in our lot with the Democratic half of the political system who proudly parade Muslim Congresswomen espousing anti-Semitic poison disguised as progressivism. American Jewry proudly stands on the same stage with Tliab and Omar providing them support and encouragement as they demonize and slander the State of Israel.

…Inept defense of and abdication of personal safety of American Jews is a foregone conclusion. Slowly but surely, this support and identification with the Democratic Party has transformed American Jews to be seen as isolated and defenseless in the eyes of anti-Semites, many living their lives on the threshold of crossing the line and physically attacking, at random, American Jews.

Denial can be understood to be a mechanism in which confrontation with a personal problem or with reality is avoided by denying the existence of the problem or reality. American Jewry is at the crossroads and must reassess with whom it can count on to ensure the continuation of Jewish communal life in America. Associating with true political allies rather than with those politicians that take American Jewish support for granted should be the first step in a long process of reevaluating of how American Jewry deals with the denial that is blinding their ability to defend themselves.

A Jew who lives in constant fear is far more likely to feel “more jewish” and support the apocalyptic agenda of  their pedophilic oligarchs and messianic Jews.

The frustrating reality for these “Third Templers” is that crazy evangelical Christians support their cause far more than your typical liberal atheistic American Jews do.  And despite their innate paranoia, average American Jews just aren’t drinking the kool-aid.  By and large they don’t believe that ‘White supremacy’ is a serious threat.  They don’t believe skinheads want to throw them in gas chambers.  And they don’t want to move to Israel only to live under a real threat of imminent war with their neighbors.

Perhaps the best way to convince American Jews this “threat” is real would be to stage another false flag attack somewhere.  After all, for these ultra-Zionists the ends truly do justify the means.