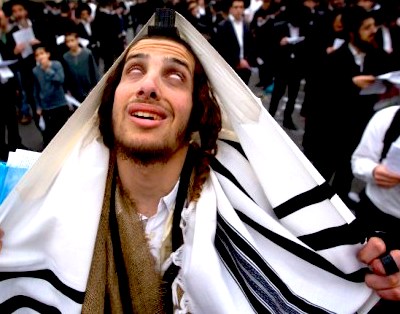 A recent New York Times article which echoes Ilhan Omar’s recent contention that Jesus “was most likely a Palestinian man with dark skin” is generating a fierce push-back from the Jewish community:

The executive director of Boston’s Jewish Community Relations Council, Jeremy Burton, tweeted, “Important to point out that no, Jesus did not identify as Palestinian. He was a Judean Jew and for him, the term Palestine was that of the Roman occupier.”

A professor of Jewish history at Yeshiva University, Steven Fine, responded on the Times comments page that “for sure” Jesus “was a youngish Jewish man” who “looked like other Jews of his place and time.”

Another Jewish Times reader responded in the comments section, “I am amazed that the author of this article cannot simply state that Jesus was a Jew. He uses the anachronistic term ‘Palestinian.’ During Jesus’ lifetime the Romans called the province which they controlled ‘Judea.’ Later they renamed it ‘Syria Palestina.’ Referring to Jesus as ‘Palestinian’ is simply misleading in the context of his era.”

The editorial director of the Times reader center, Hanna Ingber, responded to the complaint: “You are of course right that Jesus was Jewish. We never intended to imply that he wasn’t, and we didn’t leave that detail out to make a point, as some readers wondered. The article was focused on what he physically looked like. But again, we do hear your concern.”

A journalist with the Jewish Chronicle in London, Daniel Sugarman, has described the “Jesus was a Palestinian” claim as “idiocy” and “deliberate historical revisionism designed to deny the Jewish connection to the Holy Land.”

An official at the Simon Wiesenthal Center, Rabbi Abraham Cooper, told The Jewish Journal newspaper that the claim Jesus was a Palestinian is a “grotesque insult.” The Journal observed this claim is being made not only by the Times but by a Muslim-American Democratic congresswoman who supports the movement to boycott, divest from, and impose economic sanctions on Israel — Ilhan Omar.

…Personally, I’m tempted to quip that if the Palestinians want him, they can have him. It’s a little unseemly, or at least somewhat ironic, for Jews to be scrambling to claim credit for the founder of a non-Jewish religion. So far as the story can be discerned, though, he does appear to have started out as a Jew. As time went on, at least as told in the Christian Bible, though, he seems to have been doing more of his own thing. His followers turned it into something definitively different from Judaism.

Of course, Jesus was neither a Palestinian nor a Jew, so this entire article is arguing over two false choices.

As the jewish writer of this article admits, on one level he, as a Jew, has no interest in the ethnicity of Christ except if it bolsters Israel’s right to exist, and if insisting Jesus was a Jew helps legitimate the Jews’ right to take the land of Israel from the Palestinian arabs, then so be it.

They will continue to give lip service to Jesus being a Jew until the Palestinians are no longer a presence in the disputed territories, and the useful idiot evangelical Christian zionists no longer need to be placated.

So as long as they maintain that Jesus was a Jew, they are going to have to continue falsely believing that Jesus started out as a “good Jew” who “went rogue” and needed to be “corrected” for his transgressions.

Either way, as long as Christians continue to believe this “Jesus was a Jew” canard, the whole world will continue to be deceived.