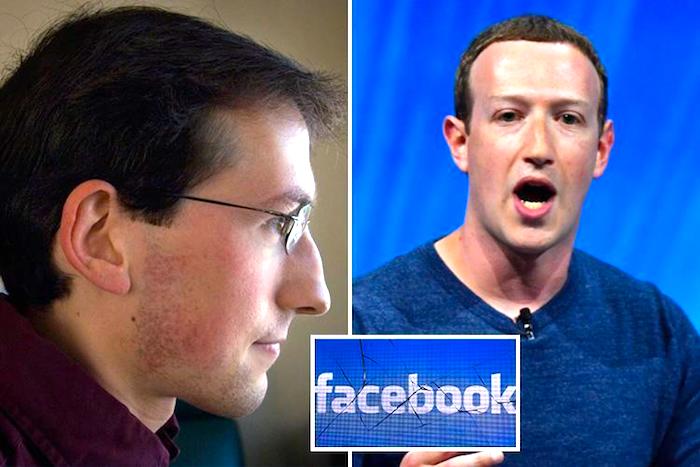 As many as half of Facebook’s two billion accounts are fake or duplicates, according to a new report from Aaron Greenspan, a former Harvard classmate of CEO Mark Zuckerberg:

Rocked by a major privacy scandal last year, Facebook has been trying to create an image of a company with high community standards, striving to curb the illicit behavior of users. But the company may be deliberately understating the amount of fake accounts, a new report says.

The firm’s own quarterly investment reports reveal that the its much-vaunted account base, which is supposedly has over 2 billion monthly active users, is packed with fake accounts communicating with just enough randomness to trick the social network’s algorithms, according to Zuckerberg’s former classmate at Harvard, Aaron Greenspan.

Greenspan claimed that he had originally come up with the idea for Facebook and worked on the future network, before Zuckerberg eventually founded the company. That claim was the basis of the trademark dispute between Facebook and Greenspan’s company, Think Computer Corporation, settled in 2009.

In a report, published by his legal data nonprofit PlainSite, Greenspan alleges that Facebook “has been lying to the public about the scale of its problem with fake accounts, which likely exceed 50 percent of its network.”

The fake accounts are particularly dangerous because they “often defraud other users on Facebook, through scams, fake news, extortion, and other forms of deception” and often “involve governments,” he writes.

He further accused the company of “selling” ads to “hundreds of millions of phantom buyers – users who do not actually exist.”

According to Greenspan, Facebook has attempted to obscure and downplay the actual number of fake accounts and their prevalence by employing “cleverly worded disclaimers” in its official reporting as well as dropping “many” of the important metrics from quarterly reports altogether.

In his report, citing the social network’s own estimates, Greenspan concludes that since the end of 2017 Facebook has deleted at least 2.8 billion fake accounts, which is more that the amount of its monthly active users and more than a half of “all accounts ever created.”

Facebook outright denied Greenspan’s claims. “This report is completely wrong and not based on any facts or research,” the company told RT, adding that Facebook files its fake account estimates with the Securities and Exchange Commission every quarter. “This is unequivocally wrong and responsible reporting means reporting facts, even if it’s about fake accounts,” the statement continued.

Since the stock price of Facebook is based on the cooked user statistics, the Securities and Exchange Commission should be launching a major investigation into these allegations, and if found to be true, Mark Zuckerberg should be sent to prison have have his ill-gotten wealth stripped from him and returned to all the investors whom he has duped.  But because of Zuckerberg’s jewish privilege, none of these allegations will probably ever reach a criminal court room.

Facebook has deep and extensive ties to many domestic and international spying agencies like the FBI, CIA, NSA, and the Israeli Mossad.  The primary purpose of Facebook is to spy on the “stupid” goyim who voluntarily give Zuckerberg their private information, which ultimately will be used against them when and if the situation ever arises. For example, the “thought police” in Sweden are prosecuting elderly FB users who post negative opinions about migrants.  But because because these agencies rely heavily on Facebook, they certainly cannot allow it to be exposed as the financial swindle that it obviously appears to be.