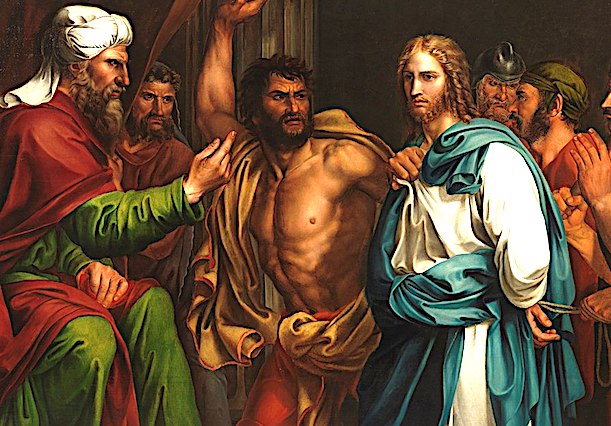 The Sacramento Bee daily newspaper was forced to apologize for running an Easter poem as a two-page paid advertisement that jewish groups claimed contained ‘antisemitic’ language even though it didn’t mention Jews by name:

The ad appeared on April 10 and 12, Good Friday and Easter Sunday, and featured a poem signed by a person named Robert Forest, the Jewish News of Northern California reported.

“The ‘religious’ folks who ran the show, didn’t like him [Jesus] stealing their thunder (and putting the ‘sheep’ in the know), so they watched and waited hatching evil schemes unabated, looking to kill the man who brought God’s love, planning to slaughter the holy man they hated,” the poem read. It prompted many complaints from Jews and others, the Jewish paper reported.

On April 14, the Bee’s editor and president, Lauren Gustus, wrote “An apology: Ad with anti-Semitic language is unacceptable.”

In her 10-paragraph [apology] item, Gustus wrote that the ad “celebrating Easter included anti-Semitic language. We deeply regret publishing it.”

She said the language was “offensive and unacceptable, a violation of our principles as a news organization and did not meet our standards as a member of your community.”

Gustus said the Bee will make a contribution to Sacramento’s Unity Center, a pro-diversity institution that is housed inside the California Museum, that matches the cost of Frost’s ad. The paper will not accept further ads from Frost, she said, and will be improving its review process for ads to prevent a recurrence.

Ironically, the author of the poem probably didn’t mention the Jews by name so that his poem would be accepted for publication — and he was right — it was.

While the entire text of the poem seems to have been scrubbed from the Bee’s website, the section of it that pertains to the Jews is in the photo below, and if this is what now passes for ‘antisemitic’, the Jews have set the bar to a new low.

It’s doubtful that even 50% of the readers of this poem even knew that it was referring to the Jews at all, but the Jews sure knew.

After all, it’s been 2,000 years since the Jews demanded that Christ be murdered, and despite their best efforts to rewrite history and exonerate themselves of that crime, the truth continues to follow them until the end of the world.

According to the ADL, to claim that Jews control the press or that they have inordinate political power are antisemitic ‘canards’, but all it took was a few phone calls to this newspaper, and they immediately received a lengthy written apology, along with a generous cash ‘donation’ to a jewish-backed charity.

Perhaps those ‘canards’ aren’t so inaccurate after all.

And one of the ways that Jew are using that ‘non-existent’ power they have is pressuring Bible publishing companies to remove all the passages in the New Testament that are directly critical of the Jews, which means about 50% of it.

The resurrection of Christ is a rebuke of the Jews, so just like Christmas it will have to eventually be cancelled. 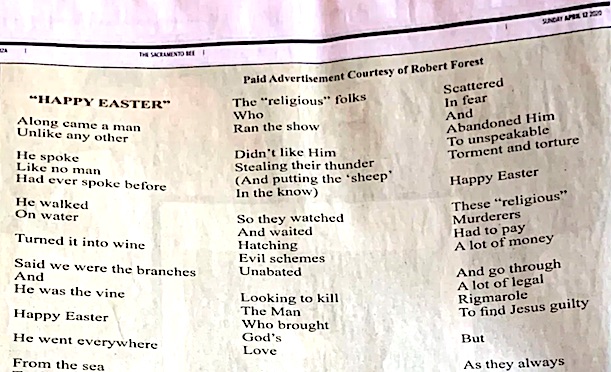