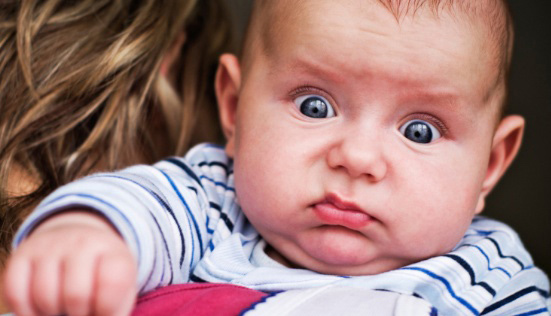 Under oath, Dr. Forrest Smith, an obstetrician-gynecologist who has performed more abortions than any other ‘doctor’ in America, testified that in his expert opinion Planned Parenthood is advising its abortionists to give patients a drug to induce premature live birth so that valuable ‘fresh’ organs can be harvested from the child:

In a startling twist, one of the United States’ longest-practicing abortionists took the stand this week in a California courtroom to defend undercover pro-life investigators David Daleiden and Sandra Merritt.

Dr. Forrest Smith, an obstetrician-gynecologist who is also an abortionist in California, told the San Francisco court that not only did Daleiden’s and Merritt’s now-famous videos expose the gruesome truth about the abortion industry’s trade in fetal body parts, but that things are even worse than they knew.

Smith testified that it is almost certain that some of the abortionists featured in the undercover videos deliberately altered abortion procedures in a way that both led to the birth of living babies with beating hearts, and put women at risk. The goal in these cases would be to obtain fresher, more intact organs.

Smith testified that he reviewed video footage of a presentation given by Alisa Goldberg at a 2014 Planned Parenthood conference that advocated the use of large doses of misoprostol to complete a second-trimester induced abortion procedure in one day. According to Smith, Goldberg’s presentation suggests that Planned Parenthood abortionists were employing a method that was likely to result in live births.

The accepted method for this type of abortion is to dilate the cervix by inserting laminaria, or seaweed sticks, one or two days before the abortion, depending on the baby’s gestational age. Misoprostol can act as a cervical preparation agent in small doses of 25 to 100 mg to soften the cervix for an induction of a term pregnancy, Smith said.

But large doses of 300 to 400 mg every three to four hours to induce labor for an abortion – as Planned Parenthood abortionists were apparently doing – will trigger “tumultuous labor” that will result in “fetal expulsion,” in which “the fetus comes out without any assistance from the abortion doctor, no instrumentation.”

“In this case clearly the intent is same-day surgery,” he said. “They fully intend to put the uterus into labor.”

Smith testified that “very few people in abortion, outside of Planned Parenthood, do that.”

He said the CMP video in which Perrin Larton, procurement manager for fetal organ harvesters Advanced Bioscience Research (ABR) talks about a “fetus falling out” was a case of fetal expulsion.

Daleiden’s lawyer, Peter Breen of the Thomas More Society, then asked whether such an expulsion would be a live birth.

“There’s no question in my mind that at least some of these fetuses were live births,” Smith replied….

Breen attempted to establish whether babies alive after being expelled from the uterus would be killed by being harvested for organs minutes later, but that line of questioning was not allowed as speculative and irrelevant.

Smith said the proper standard of care for babies born alive during an abortion was to “institute promptly all resuscitative care.” If this was not done, the fetus “dies by neglect.”

He said there was no question that Doe 10, caught on video saying she could ask her colleague to use the “less crunchy” technique, was willing to change the abortion procedure from electric to manual vacuum aspirator to obtain more intact fetal tissue.…

Breen referenced an audio clip previously played in court of a CMP secret recording of abortion consultant Ruth Arick of Choice Pursuits, in which she says that abortionists will dilate the cervix to get an intact baby if they know a researcher wants a whole body. He asked Smith if that clip informed his opinion of the willingness of abortionist to change a procedure to harvest organs, he said.

“It didn’t tell me anything more than the truth of what Arick said,” Smith answered….

Smith’s testimony “definitely proved that these babies are being deliberately born alive for the purposes of harvesting, the changes in the method and the refusal to use digoxin, which stops the heart,” Dr. Therese Deisher, who testified for the defense Wednesday, told LifeSiteNews.

“They want those babies coming out with beating hearts,” she said, adding that Smith’s testimony made it “very clear that this is intentional.”

A society that permits this kind of macabre and blatant disregard for innocent human life has truly turned its collective back on God.  America started out as a Christian nation, and it quickly became blessed as the mightiest nation the world had ever seen because of that.  But over the last 100 years Americans have slowly but surely turned away from God, so much so that we are now “Christian” in name only.

God promised that He would punish the Israelite people if they turned away from Him in disobedience, and one of the ways He would punish them was to flood their nations with non-Israelite aliens who would occupy and destroy their lands and rule over them.

That is exactly what has happened to all formerly White Christian countries, and it is proof of who we are and that God keeps His promises that He made to our ancestors.  And He will continue to flood our Israelite nations with these aliens until we turn back to Him.  And when we return to Him, He has promised to heal our lands:

“If my people, which are called by my name, shall humble themselves, and pray, and seek my face, and turn from their wicked ways; then will I hear from heaven, and will forgive their sin, and will heal their land.”  2 Chronicles 7:14

Sheldon Emery explains what is happening to America in his talk, “The Alien Invasion Of Israel Is A Judgement Of God”: