Apostolic Christianity Originally Came to Rome from Wales, Not from Peter in the East 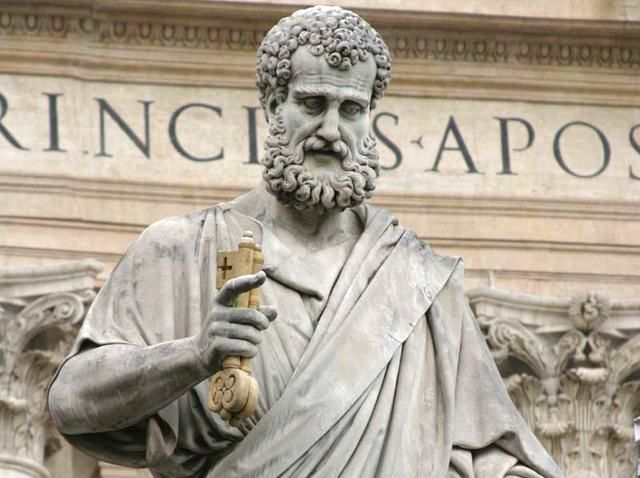 Alan Wilson, the leading Welsh historian, makes a strong case that Apostolic Christianity was originally brought to Rome not by Peter, as the Catholics claim, but by the Welsh.  Wilson writes:

“The First Christian Church was established in Khumric Wales in AD 35 -‘the last year of Tiberius, and this was attested to by Cardinal Baronius, the learned Vatican Librarian, as a direct result of his researches around 1535.  This original Apostolic Christianity was taken to Rome from Britain in AD 51 when the Apostolic Christian family of King Caradog travelled to the Italian capital where Caradog’s son Linus became the first bishop of Rome.

“Caradog’s daughter, Princess Eurgain married Rufus Pudens who appears in Biblical records – he also left a memorial stone at the Palace of the traitor King Cogidubnus. The evidence is considerable.”

Wilson comments that this very definitely contradicts the claims of the Church of Rome that Peter and Paul founded the Western Church in Rome, both of whom incidentally arrived in Rome at separate times much later.

So there is an immediate problem with Roman Catholicism and the original Apostolic Christian Church according Wilson and Blackett’s work. These major problems increase when the detail of the original British Apostolic Christianity stemming directly from the Holy Family, its founder and his followers in Britain, is compared with that of Rome.

In other words, The Khumric Welsh took Christianity to Rome, not the other way round.

If this is correct it turns all known European history on its head, spins it sideways and kicks it into oblivion. No wonder the London establishment and media act so peculiarly when it comes to Wales and the Welsh language, bizarrely undermining a crucial part of their own Brythonic heritage in the process.

If Christianity was taken to Rome from Wales by the Khumric Welsh, this, as mentioned, virtually demolishes the pretensions of the Church of Rome.

The spurious claim that the Catholic Church was consecrated directly by Christ when He allegedly designated Peter as its foundation has very little evidence to support it except a conveniently ambiguous Gospel translation and some avoidance of inconvenient history.

Contrary to the Catholic version of history, there’s no direct evidence whatsoever that Peter ever set foot in Rome.  There is proof, however, from the Cardinal Boronius’ “Annales Ecclesiastici” (Vol. 1, 1588), the authoritative history of The Catholic Church, that Christianity was brought to Rome by the Welsh in 51 AD, and 2 Timothy 4:21, which mentions the Welsh princess Claudia by name, certainly supports this contention.

We also know that Linus, the first Bishop or “Pope” of Rome, was also born in Wales, adding further evidence of the connection between the Welsh and the earliest Christianity in western Europe.  Of course, because the Catholic Church fallaciously insists that Peter was technically the “first Pope,” they are forced to claim that Linus was the second.