As Israel’s Population Rapidly Ages, No Calls to Flood Country with Migrants to Survive 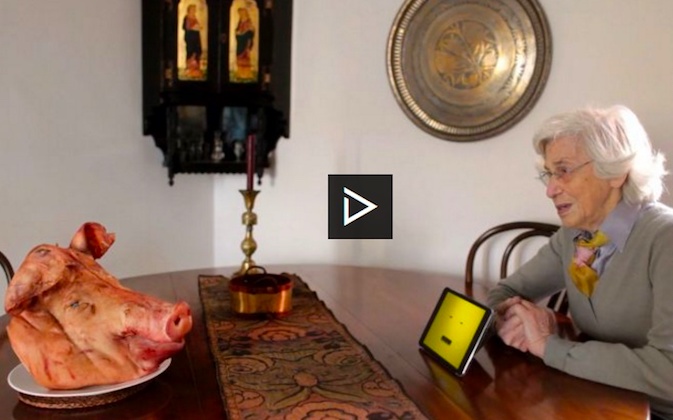 With the elderly population of Israel expected to swell by 77% over the next 20 years, there are no calls to flood the country with Muslim refugees to compensate to this demographic shift:

…The Central Bureau of Statistics (CBS) predicts that in the next 20 years the elderly population in Israel is set to swell by 77%. Declining fertility rates, an increase in life expectancy and high ‘aliyah’ [immigration] rates of older people, all have a part to play.

Demographic issues unique to the makeup of Israel’s diverse society also make planning-appropriate health and social services for the elderly a challenge.

Take Israel’s 220,000 Holocaust survivors whose difficult journey into their twilight years is intensified by their traumatic memories. Some have criticized Israel’s government for not doing enough to financially or therapeutically support this dwindling population, many of whom live in abject poverty and isolation.

Turning to Israel’s sizeable Arab population, Yossi Heyman CEO of elderly care NGO ESHEL explains that their life expectancy tends to be 2-3 years less than Jewish Israelis. This he says is rooted in social issues: partly due to a diet that is richer in sugar and partly linked to Arab male employment in the hard labor industries.

However, Israel is not alone in dealing with the phenomenon of an ageing population which has been coined the “defining issue of our time” and is set to exert huge strain on healthcare systems around the globe.

…Today, since life expectancy has dramatically increased, Heyman tells i24NEWS, 65-year-olds are no longer considered “old” as they once were. With almost a quarter of their lives still to yet to live out after retirement, many wish to continue contributing to society. “The infrastructure in place for this segment of the population is insufficient,” he says.

By harnessing what the World Health Organization (WHO) has coined as “active aging”, ESHEL focuses on empowering and integrating this age bracket into society. From improving digital literacy to securing employment opportunities, the incubator works to combat ageism. Alongside this and other initiatives, the startup nation last year launched its first ever Innovation Lab to boost technologies aimed at improving quality of life for the elderly.

White Europe is facing the same aging “problem” that Israel is, but the solution for Europe is always the same: flood it with Third World migrants to replace the aging White population.  Apparently, none of the solutions that are being proposed for the elderly Jews in Israel apply to elderly Whites in Europe.  But that’s exactly what we’ve come to expect from the media: one rule for White countries, and a different one for Israel.  Israel has a “right” to exist as an exclusive ethnic jewish State, but no White country has the right to continue to be White, even though they’ve been White a lot longer than Israel has been officially “jewish”.

Our jewish-controlled media has convinced us, or at least tried to convince us, that without the help of violent Third World migrants from the Middle East and Africa, we have “no future”.  Our children are now told that had it not been for Black contributions, America would never have developed.  Without culturally appropriating everything from the Third World, White nations would be still in the Stone Age.  But Jews, apparently, can get along just fine without any assistance from the Black Help.