Have Doctors Been Harming And Killing COVID-19 Patients By Treating Them With Ventilators? 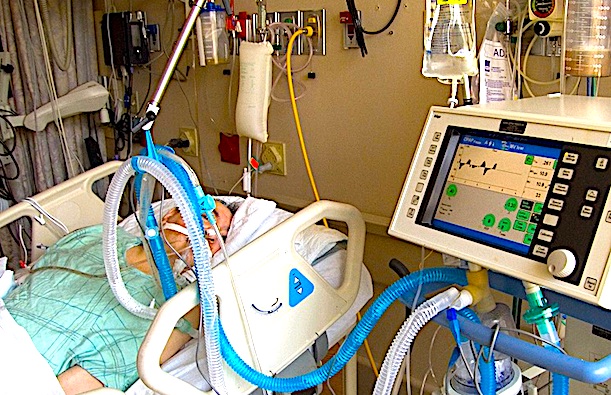 A New York City physician named Cameron Kyle-Sidell has posted two videos on YouTube, pleading for health practitioners to recognize that COVID-19 is not a pneumonia-like disease at all but rather an oxygen deprivation condition, and the use of ventilators may be doing more harm than good with some patients:

The ventilators themselves, due to the high-pressure methods they are running, may be damaging the lungs and leading to widespread harm of patients.

Dr. Cameron Kyle-Sidell describes himself as an “ER and critical care doctor” for NYC. “In these nine days I have seen things I have never seen before,” he says. Before publishing his video, we confirmed that Dr. Kyle-Sidell is an emergency medicine physician in Brooklyn and is affiliated with the Maimonides Medical Center located in Brooklyn.

In his video (see here), he goes on to warn the world that the entire approach to treating COVID-19 may be incorrect, and that the disease is something completely different from what the dogmatic medical establishment is claiming.

“In treating these patients, I have witnessed medical phenomena that just don’t make sense in the context of treating a disease that is supposed to be a viral pneumonia,” he explains.

He talks about how he opened a critical care using expecting to be treating patients with a viral pneumonia infection that would progress into Acute Respiratory Distress Syndrome (ARDS). But that the disease acted nothing like ARDS. “This is the paradigm that every hospital in the country is working under,” he warns. “And yet, everything I’ve seen in the last nine days, all the things that just don’t make sense, the patients I’m seeing in front of me, the lungs I’m trying to improve, have led me to believe that COVID-19 is not this disease, and that we are operating under a medical paradigm that is untrue.”

[Dr. Kyle-Sidell continues,] “In short, I believe we are treating the wrong disease, and I fear that this misguided treatment will lead to a tremendous amount of harm to a great number of people in a very short time… I feel compelled to give this information out.

…When we treat people with ARDS, we typically use ventilators to treat respiratory failure. But these patients’ muscles work fine. I fear that if we are using a false paradigm to treat a new disease, then the method that we program [into] the ventilator, one based on respiratory failure as opposed to oxygen failure, that this method being widely adopted … aims to increase pressure on the lungs in order to open them up, is actually doing more harm than good, and that the pressure we are providing to lungs, we may be providing to lungs that cannot take it. And that the ARDS that we are seeing, may be nothing more than lung injury caused by the ventilator.

Conservatively, almost a million people each year in America are killed by medical errors committed by ‘trained’ and ‘licensed’ physicians.  And that’s just the ones they admit to.

Considering that COVID-19 is a new strain of flu, it should come as a surprise to no one that the doctors are basically using their patients as guinea pigs until they finally figure out what the disease is and how to treat it.

The best and simplest explanation of the mechanism of COVID-19 infection we’ve found can be read here.

They have also figured out why the anti-malarial drug, hydroxy-chloroquine, works extremely fast and effectively against COVID-19.  It’s embarrassingly simple, which illustrates just how dishonest or willfully ignorant its detractors are:

How does chloroquine work? Same way as it does for malaria. You see, malaria is this little parasite that enters the red blood cells and starts eating hemoglobin as its food source. The reason chloroquine works for malaria is the same reason it works for COVID-19 — while not fully understood, it is suspected to bind to DNA and interfere with the ability to work magic on hemoglobin.

The same mechanism that stops malaria from getting its hands on hemoglobin and gobbling it up seems to do the same to COVID-19 (essentially little snippets of DNA in an envelope) from binding to it. On top of that, Hydroxychloroquine (an advanced descendant of regular old chloroquine) lowers the pH which can interfere with the replication of the virus. Again, while the full details are not known, the entire premise of this potentially ‘game changing’ treatment is to prevent hemoglobin from being interfered with, whether due to malaria or COVID-19.

No longer can the media and armchair pseudo-physicians sit in their little ivory towers, proclaiming “DUR so stoopid, malaria is bacteria, COVID-19 is virus, anti-bacteria drug no work on virus!”. They never got the memo that a drug doesn’t need to directly act on the pathogen to be effective. Sometimes it’s enough just to stop it from doing what it does to hemoglobin, regardless of the means it uses to do so.

Thousands of people may have needlessly died by putting them on high-pressure ventilators while at the same time denying them this cheap and highly effective generic drug that makes any experimental vaccines irrelevant.

So just pretend you don’t know how to easily cure it, and then cook the books to make it seem as if everyone who has died in the last two months are victims of this ‘novel’ virus.

This is how they magically transformed the manageable seasonal flu into a ‘global pandemic’. 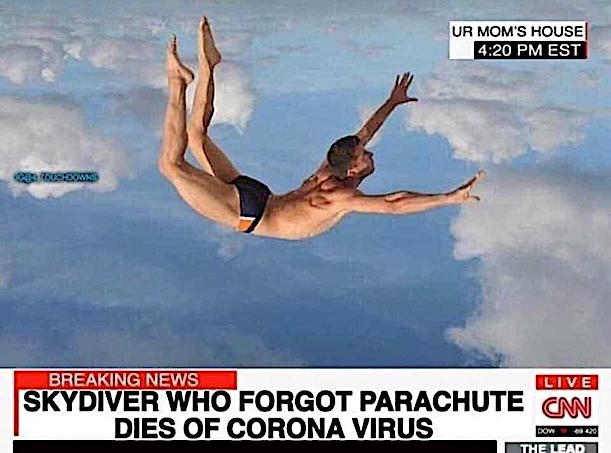