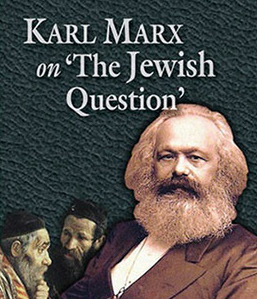 (Jerusalem Post) Norway’s largest print newspaper apologized this week for running an article about Israel and antisemitism that used the phrase “the Jewish question” in the headline:

That phrase has a long history of being used to demean, dehumanize and stigmatize Jewish people, both before and during the Holocaust.

Espen Egil Hansen, the editor in chief of Aftenposten, issued a lengthy apology for the original article – which ran in the newspaper last week. In a full page commentary in Monday’s newspaper, Hansen apologized for the original article, which was headlined in print: “The Jewish question splits the left on both sides of the Atlantic.” The article examined accusations of antisemitism against figures including US Rep. Ilhan Omar and UK Labour leader Jeremy Corbyn.

“The wording should never have been used and we regret it,” Hansen wrote. “This phrase has a particular historical significance and is strongly linked to the national socialists before and during World War II and to the extermination of the Jews.”

Hansen pointed out that the online version of the article never used the phrase “the Jewish question,” and instead was titled: “Are they anti-Israel or anti-Semites? The question splits the left on both sides of the Atlantic.” Hansen said that during the editing process to shorten the headline for print, it was trimmed down to “the Jewish question.”

“The wording was not caught by quality control and unfortunately ended up in print,” he wrote. “I am responsible for this as an editor. After such a very unfortunate choice of words, the management of Aftenposten will be reviewing the entire production to understand how it happened and to raise awareness of the issue.”

The editor in chief also referenced the dark past of the newspaper itself, which cooperated with Nazi occupying forces and produced a Nazi propaganda paper during World War II. Hansen said that portion of Aftenposten’s history “is a heavy heritage to carry, but it is part of the newspaper’s history that we cannot close our eyes to.”

Hansen concluded that “Aftenposten’s readers have every reason to be disappointed” in the newspaper’s use of the phrase last week.

This article conveniently leaves out the fact that zionist Jews themselves have used the phrases “the jewish question” and even “the final solution”.

It was totally kosher when the Jew Karl Marx posed “the jewish question” — and for Zionist Jews like Theodor Herzl, the “jewish question” concerned whether or not Jews should stay in White Christian countries or should they live in Palestine.

And Zionist Jews themselves posed the phrase the “final solution” to the “jewish question” as a fulfillment of their dream to “return” to Palestine.

But when the goyim raise “the jewish question,” they always do so in an antisemitic rather than laudatory manner.

When the goyim discuss the “jewish question,” the answers to that question are rarely to the liking of the Jews — because Jews have convinced everyone that the answer always leads to the Gas Chambers™.

The last thing the Jews want to allow is for the goyim to openly and dispassionately debate whether or not Jews have a legitimate presence in White Christian society.

It’s a question that Christ brought up 2,000 years ago, and we all know what the Jews did to Him for asking “the JQ”.