Nurse in Zambia Admits to Switching Over 5,000 Babies in Maternity Ward ‘For Fun’ 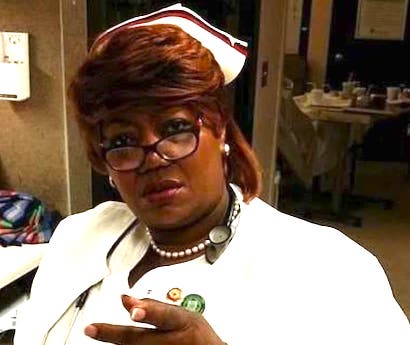 Mother’s Day in Zambia just got very complicated as a retired Black nurse admitted to secretly switching over 5,000 newborns in the maternity ward “just for fun”:

“I have terminal cancer and I know I will be dying soon. I wish to confess my sins before God and before all the affected people especially those who were giving birth at UTH during my service. I have found God, I am now born again. I have nothing to hide, In the 12 years I worked in the maternity ward at UTH, I swapped close to 5000 babies,” Zambian Observer reports.

Mwewa added that it became a habit and she used to do it for the fun. According to her, she carried out the act for a duration of 12 years as she worked at the maternity ward of the hospital.

The sick woman explained that she is now born again and has nothing to hide. She also added that she has sinned against God and Zambians and would not want to go to hell for her past sins.

“I know I sinned against God and may he forgive me for that. I am also asking Zambians to forgive me for the evil things I was doing to innocent children. I have caused some faithful couples to divorce after going for DNA Tests. Its now that I have realised I was just being used by a demon to do that. I have caused many mothers to breastfeed children who are not theirs biologically. I don’t want to go to Hell for that, Am really sorry I have sinned a lot. Please forgive me.”

According to Zambian Observer, Mwewa also added that kids born between 1983 to 1995 at the hospital should check themselves particularly if they look different from their other siblings. “If you were born in UTH between the years 1983 to 1995 chances are your parents may not be your biological parents. I had developed a habit of swapping newly born babies just for fun. So take a good look at your siblings, if for example everyone is light and you are darkie… you are that child and I am really sorry for that.”

What’s remarkable isn’t that a Black nurse could do something so destructive but rather that she could get away with it for so long.  We’re talking about 500 children switched per year, or more than one per every day she worked.  She could get away with this much more easily in Africa because there is such little genetic diversity among black Africans as far as outward characteristics go: hair, eye, and skin color are all practically the same for almost all babies and their parents.

But then again, given the extremely high rates of illegitimate births in Africa, it’s part of the culture to raise someone else’s children.  In fact, men are more likely to provide for their sister’s children more than their “own” because at least they know for sure that they are related to their sister’s children, regardless of who the father is.  And if you don’t really know for sure who the father is, how much worse is it that you really aren’t sure who your mother is?