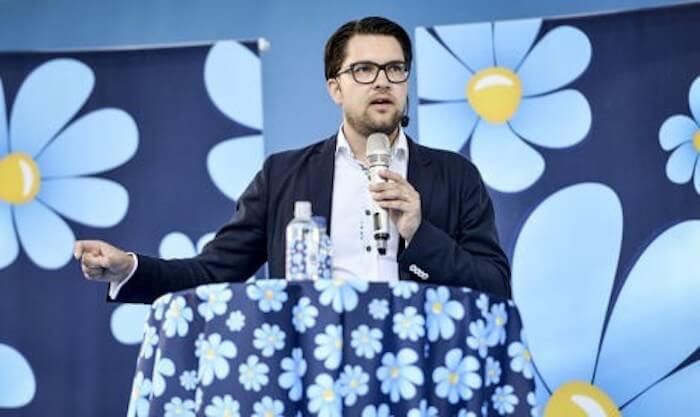 Sweden Democrats leader Jimmie Åkesson has made statements on deportation and LGBT adoption that contradict the hard line his party is known for on these issues, prompting strong reactions from followers and fellow right-wingers.

“No one who has lived in Sweden will be forced to return to their home country, we have no policy for that,” Sweden Democrats leader Jimmie Åkesson has explained in Svenska Dagbladet’s children’s edition SvD Junior, when asked whether it was fair to believe that asylum immigrants should return home when they no longer need shelter in Sweden.

In another divisive issue, the 39-year-old leader of Sweden’s largest right-wing party was asked why he doesn’t believe that “two people of the same gender” should be adopting kids.

“In fact, we really do believe this now. We didn’t believe it before, but we have become a big party today, and a lot of people have come from all parts of society,” Åkesson explained, while stressing that the party may soon re-write its program to include support for LGBT adoptions.

There really is no difference between the Left and Right – and any “opposition” to the Radical Left is merely political theater – not just in Sweden but all over western Europe.

What exactly do so-called “conservatives” claim that they are conserving besides their lucrative seats in Parliament?

Through draconian “hate crime” laws, Sweden has made it virtually illegal to be a conservative – and Sweden is a blueprint for the future of Europe.