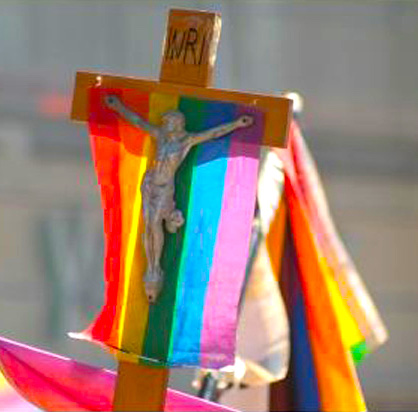 A diocese of the Church of Sweden has recently released a new guide for “Christian queer kids”, local news website Nya DagBladet reports, which includes new LGBT definitions of Joseph, Mary, and Jesus himself:

According to the media outlet, the guide “contains definitions and concepts, a bit about the Bible and LGBTQ, as well as Bible stories that it claims are related to LGBTQ people”.

The definitions explored in the guide include terms such as like “cisperson”, “gender fluid”, “non-binary,” “queer,” “two sex norm” and “rainbow fairs”. The document also reportedly insists that the Bible is not against homosexuality.

Jesus himself is described by the guide as a person who “broke the norm” and was “queer” for the way he lived his life, with the guide further claiming that he “did not defend the traditional family.”

Jesus’ mother, Mary, dared “to break traditional sex norms in a patriarchal society”, while his father Joseph turned out to be a person who “breaks the norms in terms of gender expression and probably went in a suit intended for a king’s daughter”, the guide reportedly states.

Homosexuals and other deviants have decided the best way to get God to love and approve of them is to rewrite the Bible in their own image.  First they published their “Queen James Version” of the Bible where they rewrote or censored all negative judgments of homosexuals, and now they are imposing gender and queer critical theory onto biblical characters, turning them into radical, non-conformist, anti-patriarchy social justice warriors.

In the mind of a deviant, Mary did not conceive Christ though a miracle of God, but rather she was a “gender-fluid” and “non-conforming” hermaphrodite who underwent autosomal genetic cloning in order to become pregnant.  And in a homosexual’s mind, anyone who doesn’t marry, like Christ, must be “queer” and in rebellion against “traditional” family role playing.  Thus, it’s not important about what the Bible actually says but rather what you can make it say to justify your refusal to obey even the most basic moral laws.